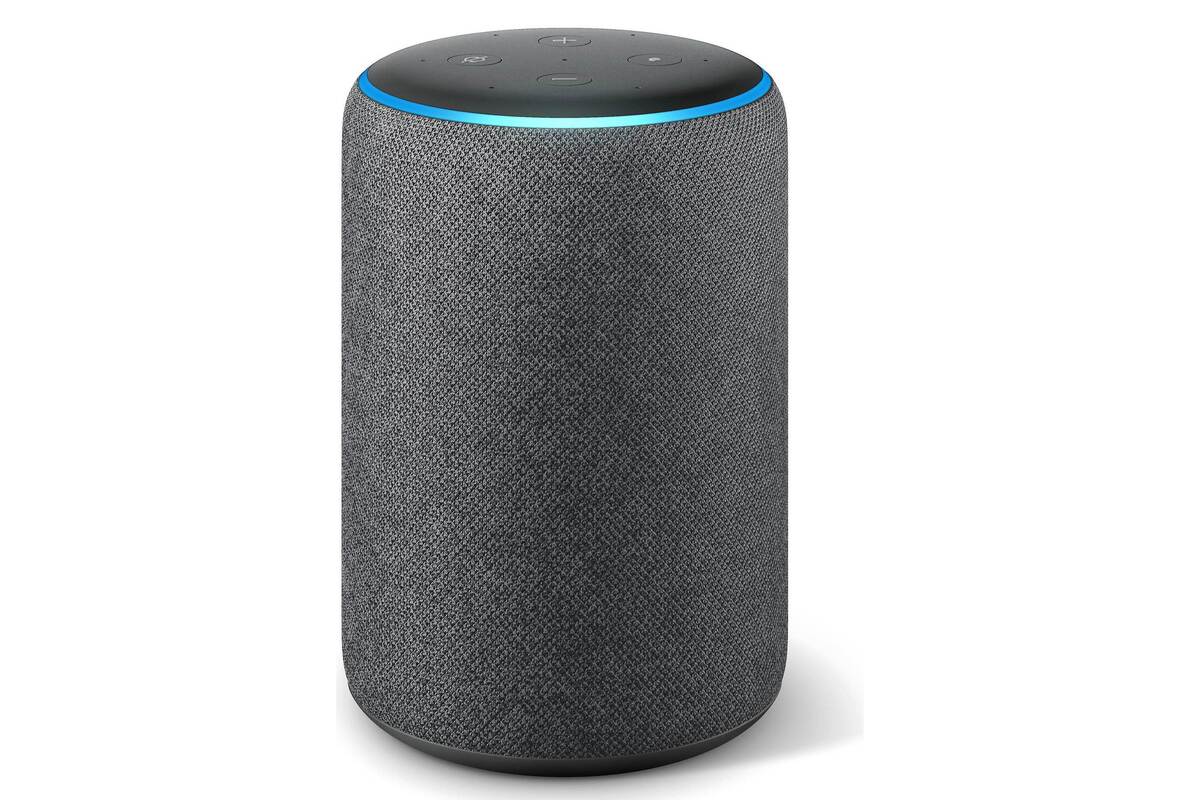 Amazon released the first Echo Plus smart speaker/smart-home hub in 2017, and this second generation arrived a year later. What makes it “Plus” is simple: A built-in Zigbee radio. That eliminates the need to also have something like a Samsung SmartThings or a Hubitat Elevation on your network—at least to control other smart home devices that use Zigbee. We’ll get deeper into that in a bit.

This review is part of TechHive’s coverage of the best smart speakers, where you’ll find reviews of competing products, plus a buyer’s guide to the features you should consider when shopping.

The new Echo Plus is an audio upgrade

A big part of the Echo Plus’s evolution involves audio. This new model features a considerable jump in performance thanks to a larger 3-inch woofer (the first-gen Echo Plus had a 2.5-inch woofer). Both models are outfitted with 0.8-inch tweeters, but when you listen to the new and older Echo Plus side by side, the difference is striking, with the new model sounding clearer, louder, and with more enveloping bass.

Higher frequencies sound better too, and Alexa’s voice is easier to understand. I do miss the rotating volume dial that was at the top of the first-generation Echo Plus. Using the + and – buttons on top of the speaker to control the volume just isn’t as much fun. But that part of the user experience is now more consistent across the entire product line.

Amazon’s excellent far-field microphones and voice-recognition system hasn’t changed appreciably; the Echo Plus still relies on seven microphones to pick up the “Alexa” wake word from anywhere in the room. Whether you want to control music or play a trivia game, the Echo Plus uncannily seems to pick up even the most mumbled phrases.

The Alexa app is awkward

Smart-home enthusiasts know that Alexa products have long taken a prominent position in the marketplace by letting you connect your Echo to other manufacturers’ smart-home products via the Alexa Skills library. The Skills system is awkward to use and unfriendly to novices, in part because it requires you to install the relevant Skill (similar to a plug-in) on your Alexa app, sign in using your credentials for the third-party control system, and then discover compatible devices on your network.

This must be done with each manufacturer’s product you decide to use, and every time you add a new device, you need to re-discover it within the Alexa app. The upshot: Connecting a device to Alexa can often double your overall setup time, just so you can use voice control. That said, I haven’t found Google’s solution for its smart speaker line to be any more intuitive.

One caveat with using Skills on the Echo has always been that you can only use it to connect to Wi-Fi-connected smart-home devices. You can connect to Zigbee or Z-Wave devices, but only through a hub which works as a bridge to your Wi-Fi network. It’s not the most elegant solution, and Amazon was certainly aware that it could clean things up by doing the obvious: Adding a smart-home hub to the Echo hardware.

The catch is that the Echo Plus contains a Zigbee radio only and does not support Z-Wave technology, which is—at least in my experience—more widely supported. Ring, for instance, favors Z-Wave over Zigbee in its Ring Alarm system. I struggled to find retail Zigbee hardware for testing the Echo Plus, and ultimately ended up with only a smattering of smart switches and smart plugs to work with.

And while ubiquitous Philips Hue smart lighting products use Zigbee (and Amazon often bundles a Philips Hue smart bulb with the Echo Plus (2nd Gen), you’ll still need the Philips Hue Bridge to get the absolute most out of that ecosystem, even with the Echo Plus. The smart-home market is constantly evolving, however, and support for Zigbee technology could pick up—especially given Amazon’s decision to support it so strongly in the product Echo family. In addition to the Echo Plus, the Echo Studio and the Echo Show (2nd Gen) smart display all have built-in Zigbee smart-home hubs.

Using the Echo Plus to install and control Zigbee gear just isn’t as smooth as it is with Samsung SmartThings, Amazon’s biggest competitor in this space. Pairing a typical product to SmartThings is done by scanning a QR code on the back of the device with your phone’s camera, after which the process is normally a seamless affair. With Alexa, you can pair via the app or, enticingly, via your voice, by simple asking Alexa to search for new devices. The latter method is convenient, but if you do it that way, you miss out on the configurability options you get by pairing through the app, namely giving the device a unique name and assigning it to a room.

I was repeatedly stymied in my attempts to add an Enbrighten Plug-in Dimmer to my device list, receiving numerous notices that no new devices had been found after Alexa’s lengthy search process. Finally, after days of troubleshooting, Alexa did find the dimmer and placed it under the “switches” category under the enigmatic name of “First Light,” where it was assigned to no room. If you have numerous smart-home devices, this can quickly get confusing; adding new devices through the app lets you better see what’s going on and lets you change the device name and assign it to a location. On the whole, the Alexa interface just isn’t the cleanest or most elegant; I have to assume that a redesign is somewhere on the horizon.

The price can’t be beat

Until recently, pricing for the Echo Plus (2nd Gen) was set at $150, while the standard Echo (3rd Gen) was $100. The $50 upgrade was at least cheaper than the $70 you’d pay for a SmartThings hub—though again, SmartThings supports both Zigbee and Z-Wave. Lately, however, the price equation has changed. At press time, Amazon was selling the Echo Plus for just $75—less than the price for a refurbished Echo (3rd Gen).

On the other hand, the fact that Amazon lists the Amazon Echo (3rd Gen) as “currently unavailable” in new condition could be a hint that an entirely new Amazon Echo—a fourth-generation model—could be about to surface (it could also just mean that COVID 19 has disrupted Amazon’s supply chain). Finally, and at the risk of further confusing your buying decision, it’s worth remembering that Amazon’s best smart speaker—the Echo Studio—hosts a Zigbee smart-home hub, too. And it is also currently discounted, from $200 to $170. Click here to read TechHive’s opinion of that product.