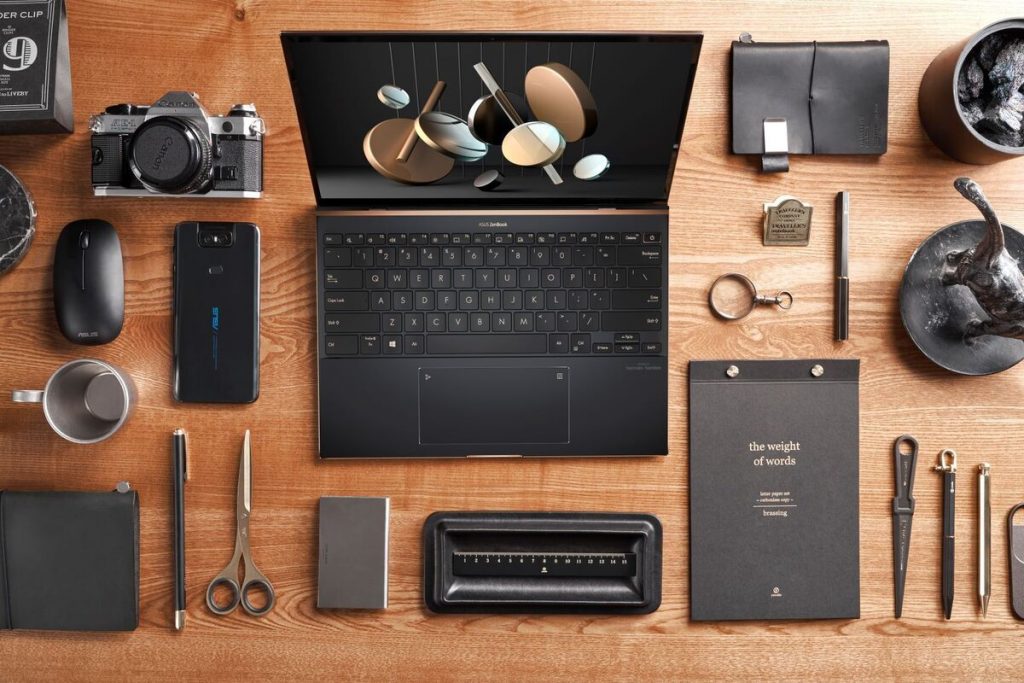 Asus unrolled nine ZenBook and Expertbook laptops Wednesday, as part of Intel’s shock-and-awe wave of products with Intel’s 11th-gen Tiger Lake CPUs. The laptops also feature cutting-edge display technology including OLEDS, secondary screens, and a welcome return to 3:2 aspect ratios. No prices were announced, but here’s what we know about each model’s specs and availability.

The ZenBook Flip S will measure 13.9mm thin and weigh about 2.6 pounds, yet it will include a 4K UHD OLED screen with 100 percent DCI-P3 and DisplayHDR 500 support.

The convertible laptop will also include support pen input with 4,096 pressure levels. The laptop, of course, is powered by Intel’s Tiger Lake 11th-gen Core i7 with Xe graphics. It tops out at 16GB of RAM and 1TB of storage. For ports, the ZenBook Flip S will give you two Thunderbolt 4 ports, a 10Gbps USB-A, and HDMI. Battery life is rated at 15 hours, which the company measured playing back a video at 150 nits.

The Flip 13 has a lot in common with the Flip S, starting with its 11th-gen Tiger Lake chip and Xe graphics, of course. It’s a little heavier than the Flip S at 3 pounds, and it’s expected to give you about 14 hours of battery life on its 67Wh battery. The convertible laptop features pen support for 4,096 pressure levels, too.The main difference might be the screen: While still an OLED, the resolution notches back to a standard FHD (1920×1080) panel.

For those who have tired of the wide and narrow FHD displays with 16:9 aspect ratios, which have dominated laptop designs for a while now, you have a new option in the Asus ZenBook S. With a 13.9-inch (just call it 14-inch) screen, the new laptop’s panel sports a taller 3:2 aspect ratio and a high resolution of 3300×2200. The laptop weighs just under 3 pounds and has a decent port selection: two Thunderbolt 4, 5Gbps USB-A, and full-size HDMI. The ZenBook S also features a built-in infrared camera that supports Window’s Hello biometric feature. Battery life on its 67Wh tank is expected to be about 12 hours, Asus said.

The business-oriented ExpertBook B9 weighs an impressive 1005 grams (just over 2.2 pounds), yet it’s sturdy enough to meet US MIL-STD 810H durability requirements. Asus achieved this by using a magnesium lithium shell, which is lighter than aluminum or magnesium alloys traditionally used in laptops. Certain models of the laptop will offer RAID 0 or RAID 1 storage as well.

Asus said the ExpertBook B9 features enterprise-grade security, though it’s not clear where that is. Because Asus is offering Intel’s 11th-gen Tiger Lake with Xe graphics in a business laptop, however, the security feature suggests that Intel’s new chip has vPro support, as well as the other manageability features common in true enterprise-grade laptops. Most corporate laptops are still using Intel’s 8th-gen Whiskey Lake CPUs, due to the lack of fleet management features in the 10th-gen Ice Lake chip.

The Asus ZenBook 14 gives you everything: an Intel 11th-gen Tiger Lake CPU with Xe graphics, Nvidia’s new GeForce MX450, and the Asus ScreenPad feature. The ScreenPad is a 5.6-inch screen located where the trackpad would normally be. Don’t worry, the trackpad is still there, but the ScreenPad integrates the Asus ScreenXpert 2.0, which lets you access utilities and apps quickly. And yes, you should be able to display your favorite YouTube channel on the ScreenPad while you work on an Excel spreadsheet in the main screen.

Despite the advanced features, the laptop is a light 2.6 pounds, with a 63-watt-hour battery. The laptop offers up to 16GB of LPDDR4X and 1TB of SSD storage. For ports you get two Thunderbolt 4 ports, a 5Gbps USB-A, full-size HDMI 2.0, and audio combo jack, plus a microSD card reader.

One detail we don’t know is whether the GeForce MX450 operates at its PCIe 4.0 mode. Intel has touted PCIe 4.0 support for Tiger Lake, and so has Nvidia for its GeForce MX450, so we’d assume the laptop offers it.

Also announced by Asus were the VivoBook Flip 14 (TP470), a convertible 14-inch laptop, and the ZenBook 13 and ZenBook 14 which Asus claims to be the thinnest laptops without compromised port offerings. Then we have the VivoBook S13, S14, and S15, more affordable offerings that nevertheless feature Thunderbolt 4 as well as Intel’s latest 11th-gen CPUs.

There’s one more thing: Asus updates its ZenBook Pro 15 with 10th-gen Intel Core i7 or Core i5 options, as well as a GeForce GTX 1650 Ti GPU. It offers up to a 4K 15.6-inch UHD OLED touch screen and weighs just under 4 pounds.

The laptop is aimed primarily at content creation and power users rather than gamers. It is, essentially, Asus’ answer to Dell’s popular XPS 15.

While we can’t say which one is better, we definitely favor the ZenBook Pro 15’s port selection: Thunderbolt 3, 5Gbps USB-A, and full-size HDMI, along with combo headset jack and SD card reader.