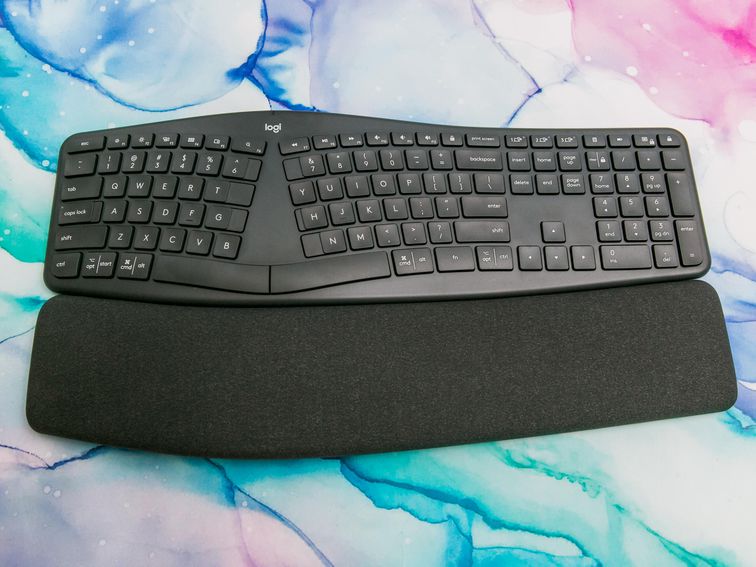 Whether your current keyboard has seen better days, you need additional keyboards for remote working or school, or you simply want a better typing experience, this list will have something to meet your needs. Logitech, Microsoft and Apple are some of the big names in the category, but there are plenty of smaller names worth your attention, too.

This list focuses on both wired and wireless keyboards designed for productivity, not gaming. (These are the best gaming keyboards we’ve tested.) It also covers models at a variety of prices because, fortunately, you don’t necessarily need to spend a lot to get a better keyboard.

Also, unlike phones, TVs, laptops and a lot of other tech products, keyboards don’t get updated frequently. There’s a good chance the best keyboard for you might be a model that’s been around for a while. The market is huge, though, and we’ll continue to test new keyboards and update this list regularly. Did we miss one of your favorites? Let us know in the comments.

The $130 K860 is a compact, one-piece split, curved, ergonomic keyboard. It’s not unlike others such as the Microsoft Sculpt, but does its thing without being bulky, clunky or unsightly — or needing any add-ons. It also gives Logitech a full desk setup of ergonomic devices when paired with its MX Vertical mouse or MX Ergo trackball mouse.

Despite the low-profile design, there’s plenty of key travel and a pleasing, responsive bounce. It’s not backlit, but the gray keys and white markings have enough contrast that they’re visible in low-light conditions, just not in complete darkness. Powered by two AA-size batteries, the K860 can connect to your computer via Bluetooth or Logitech’s USB-A Unifying receiver.

Large, wired and designed primarily for Windows users, this is the overstuffed recliner of ergonomic keyboards. At around $50, it’s more affordable than most ergo models, although it’s a full-size keyboard and requires a good bit of desk space. You’re probably better off keeping this on an under-mount keyboard tray and your mouse on your desktop.

Like most ergonomic keyboards, this one takes a little time to adjust to, partly because of the split keyboard design, but also due to its high actuation force. It is comfortable, however, and an attachable lift at the front puts your hands at a negative angle for better positioning.

There are three programmable hotkeys at the top left, followed to the right by a row of media controls and quick-launch buttons for the calculator, screen snips, TaskView to see your open windows, system lock and search. It even has a shortcut button for symbols and emoji.

The old-school Mac keyboard and its pleasing scissor-key mechanism is the keyboard to have for most Mac users. It’s a Bluetooth keyboard that connects to MacOS instantly, and a charge of its built-in battery lasts for many months. It’s slim, it’s minimal and matches Apple’s hardware perfectly. And it’s available without the number pad, too.

This updated version of the company’s Surface Keyboard is a great choice for a stylish low-profile keyboard with some extra Windows 10 features. The biggest of those is the addition of a Windows Hello fingerprint reader built into a key next to the right-hand Alt key. This comes in pretty handy when I’m using my two-in-one in display mode, which puts its keyboard — and fingerprint reader — face down on my desk. Regardless, it’s just nice to have right there on the keyboard along with media controls; screen brightness, search, TaskView and system settings keys; and keys for launching the calculator, screen-snipping tool and notifications panel.

The typing experience is excellent, too, and its aluminum frame is sturdy with enough weight to it that it feels solid. It can be used wired or via Bluetooth, and when you set it up for the first time, all you need to do is plug it into your computer and it will automatically set up the wireless connection for you.

As far as easy use with multiple devices goes, the K780 continues to be one of the best. Larger than the company’s Bluetooth K380 Multi-Device Keyboard, the K780 can connect over Bluetooth or with a wireless USB receiver. The K780 also adds a number pad and — more importantly — a slot at the back of the keyboard to hold your tablet or phone while you type.

The keyboard also supports Logitech’s Flow software feature. When the keyboard is paired with one of the company’s Flow-enabled mice, you can move your cursor between paired devices on the same network and the keyboard will follow. It’s like having a virtual KVM switch.

For travel, the K380 would be the way to go, but the K780 is the better choice if you’re sliding between a phone, tablet and a computer at home or the office.

The $36 BK10 is a Bluetooth keyboard that can be connected to up to three devices and lets you quickly switch between connections with keys above its number pad. What’s better is the keyboard is set up to work with Windows, MacOS, iOS/iPadOS and Android devices.

It has a slim, lightweight body with matte-finished stainless steel on the top and sides and ABS plastic on the bottom. It’s available in other finishes, too. The keyboard’s scissor keys give it a responsive key feel, and it will last for up to three months on a single charge.

While it’s a full keyboard with a number pad, it’s set up more like a laptop keyboard with half-height up and down arrow keys squeezed between two full-size left and right arrow keys tucked below the right Shift key. It’s essentially the same size and layout as Apple’s smaller Magic Keyboard, but with a number pad. One potentially frustrating difference, though: The left-hand Control and Function keys are flipped in position. Otherwise, this is a great pick if you’re in need of a budget-friendly option for your MacOS and iOS devices, your Windows and Android devices or a mix of them all.

Cherry is best known for its mechanical key switches prized by gamers and typists. They also make a number of office keyboards and mice like the $55 DW 9000 Slim keyboard and mouse set. The keyboard uses the company’s SX scissor keys that give you an excellent typing experience. It feels solid and stable under your fingers. The key legends are laser-inscribed for durability, so you won’t have to worry about them wearing off too soon.

The keyboard and the included compact mouse can connect by Bluetooth or with the included USB nano receiver. Pop in the receiver and both the keyboard and mouse are instantly connected. (The receiver magnetically stores in the bottom of the mouse when not in use.) Regardless of the connection, the wireless has AES-128 encryption. Both devices have built-in batteries and charge via Micro-USB.

The 9000 isn’t backlit, which is disappointing. Also, because the keyboard is designed to be used flat, there are no flip-down legs at the rear to adjust your typing angle. Instead, Cherry includes a couple of pairs of adhesive feet — an odd solution for a keyboard with an otherwise high-end look and feel. Heavy number pad users might want to skip this keyboard, too, because Cherry put a Backspace key where you’d typically find the Minus.

The included Cherry Keys software lets you easily reprogram the function keys and a handful of others to do things like open files, folders or a web page, run a program or control media, or you can set up a macro. You can use it for the mouse’s buttons as well.

If you need a desk set and only have $25, this keyboard and mouse combo gets the job done. They are incredibly basic as you might expect for the price — they don’t even have power buttons — but the keyboard is comfortable and the mouse is responsive. Just plug in the included USB receiver (it stores in the mouse’s battery compartment when not in use) and you’re ready to work. The keyboard needs a single AAA battery and the mouse needs one AA battery; neither are included.

The typing experience is acceptable with a typical soft membrane keyboard feel that can be tiring after a while compared to models with scissor mechanisms. I do like the dimpled keys, though, and the key legends are large and easy to read, making this a good choice for younger typists who are still hunting and pecking. That and it’s water resistant. Also, both the keyboard and mouse are quiet, so if you’re working in shared space they’re unlikely to disturb others.

Lightweight, thin and with long battery life, the $20 HB030B is a thrifty solution to adding a Bluetooth keyboard to a phone, tablet or computer. Despite the small size, its layout doesn’t take much time to adjust to, and while I expected it to feel like I was typing on a tabletop, the keys are actually comfortable with a fair amount of travel considering its thin body. Arteck even managed to give it a backlight that can be changed to one of seven colors, which is something far pricier keyboards don’t have.

A reasonable facsimile of Apple’s Magic Keyboard, Macally’s keyboard is also a slim, low-profile wireless keyboard with a battery that will last you months on a single charge. It also uses a scissor-key mechanism that provides a comfortable typing experience. You can also connect it to up to three Apple devices and switch between them on the fly. One thing about the design I didn’t care for is the brushed-metal finish. It is shiny, which can lead to eye-tiring glare from lights or your screen if the keyboard is sitting close enough. But, priced around $50, it’s considerably less expensive than Apple’s.