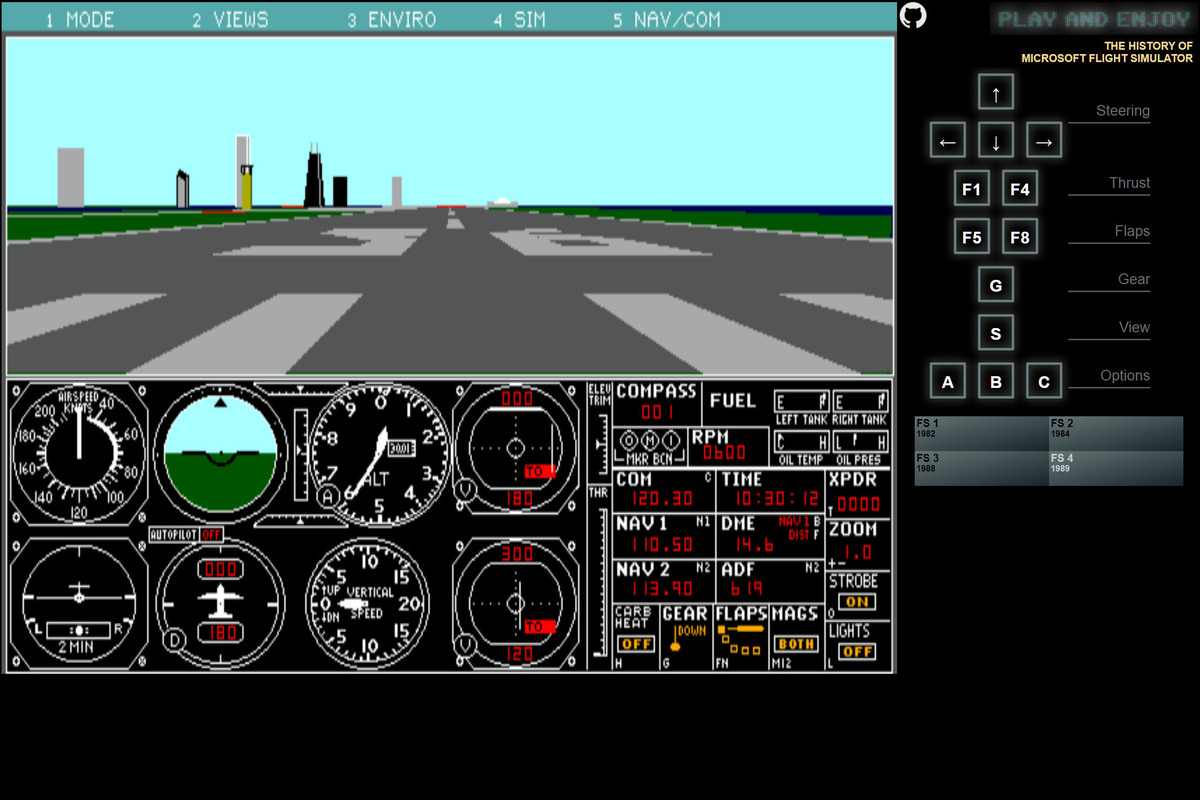 Microsoft Flight Simulator is stunningly beautiful but a pain to download, and it’s absolutely punishing to run on even the highest-end PC hardware today.

Software engineer and blogger Sebastian Macke has created a Github.com page that lets you play Microsoft Flight Simulator as it began in 1982 as well as four subsequent versions of the game, all in your browser.

Flight Simulator is famously known for its PC version, but actually began in 1979 on the Apple II as FS1 Flight Simulator. Microsoft’s version of the simulation is the one that’s permanently embedded in people’s brains, though. The original 1982 game really cemented the start of something special on the PC, and now you can play it in your browser.

Macke’s build of 1982’s Microsoft Flight Simulator allows you do such classic tasks as buzzing the Golden Gate Bridge, which we did in the 1984 version on Github.

Compare the 1984 fly-by with the one from Microsoft Flight Simulator 2020 below and you can see just how far graphics have advanced over the past 36 years. In 1984 though, your imagination filled in the rest, which still made it one of the most amazing experiences at the time.

Macke’s hobby, it seems, is simulations, emulation, and reverse engineering. His site, Simulationcorner.net, also includes links to such cool things as running the Commodore 64 OS on a TI92 calculator.