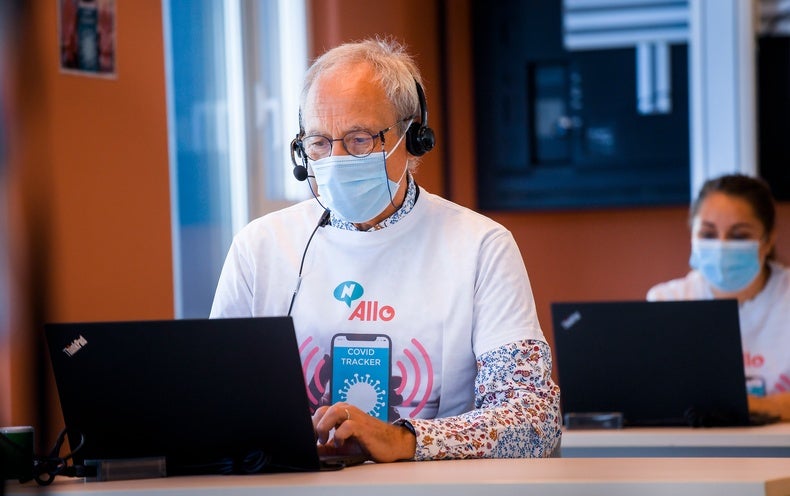 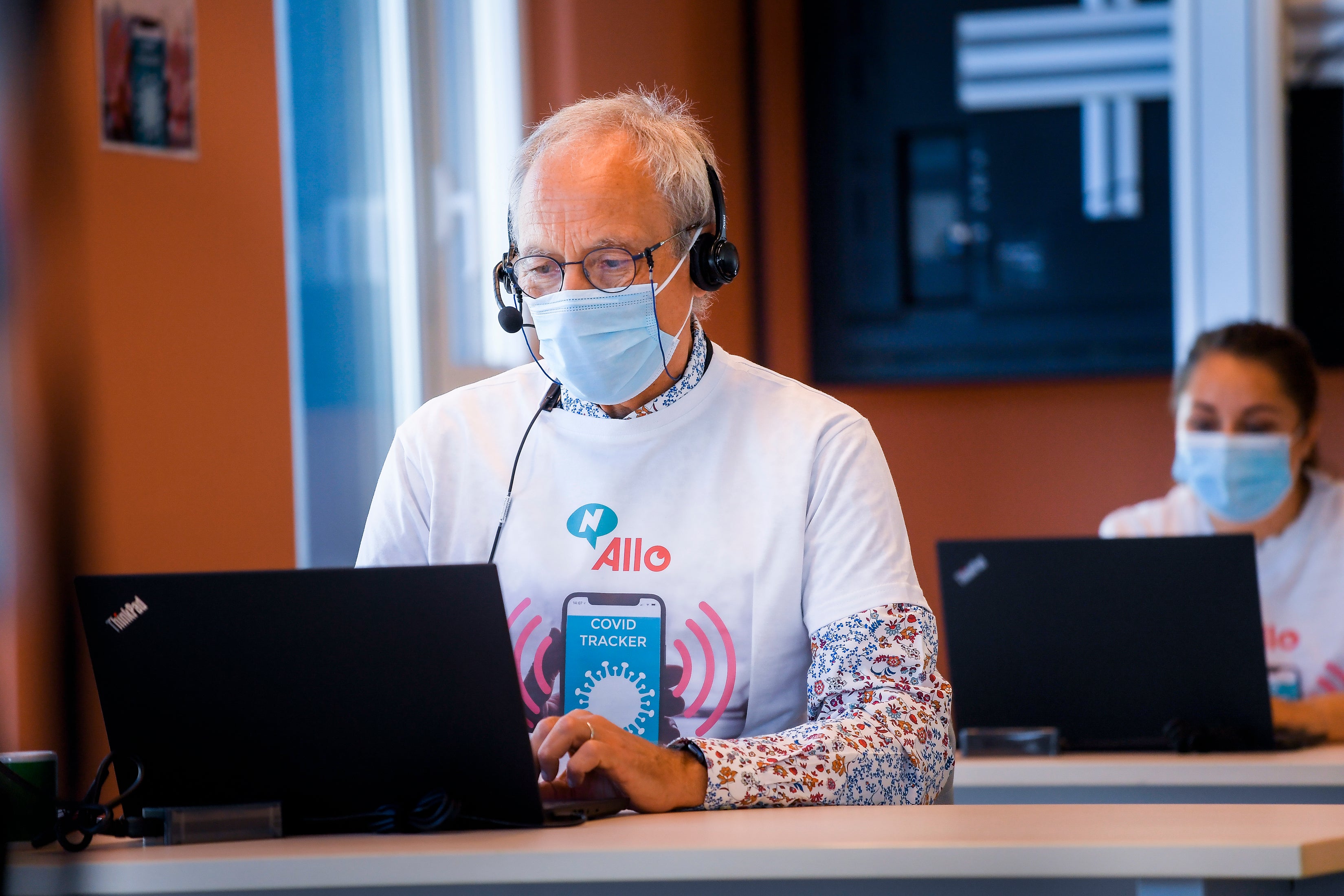 There is no coronavirus vaccine. Medications for COVID-19 are still being tested. Across the U.S., states that once acted as if the pandemic was going away are setting new daily records for infections, hospitalizations and deaths. There is one proved tool that has helped other countries stem the pandemic, but in the U.S. it is severely underused; the Trump administration tried to cut financing for it from the latest pandemic relief bill, say reports this week. And it often meets resistance from the people it is intended to help. The tool is called contact tracing.

The tracing approach is built on a simple idea: When someone tests positive for the new coronavirus or becomes sick with COVID-19, you find all the people the infected person came into contact with, because they, too, may be infected. Then you help them quarantine for two weeks—almost everyone who becomes sick will show symptoms within 14 days—so they do not accidentally spread the virus any further. The goal is to stop the chain of transmission, says Emily Gurley, an epidemiologist at the Johns Hopkins Bloomberg School of Public Health, who has created a free online course to train contact tracers.

Contact tracing is a tried-and-true method that epidemiologists have been using for decades to tackle everything from foodborne illnesses to sexually transmitted diseases, as well as recent outbreaks of SARS and Ebola. “It’s a great tool for bringing an epidemic into the suppression or containment phase,” says special pathogens expert Syra Madad of NYC Health + Hospitals, which leads New York City’s Test & Trace Corps contact-tracing program.

Large-scale contact-tracing programs in places such as South Korea and Germany have been instrumental in suppressing the novel coronavirus, SARS-CoV-2. Within days of detecting its first case on January 20, South Korea created an emergency response committee that quickly developed wide-scale virus testing, followed by an extensive scaling up of the nation’s network of contact tracers. Germany similarly committed resources to mobilizing a tracing workforce. In both countries, cases have dropped dramatically.

By contrast, tracing efforts lag in the U.S., where COVID-19 cases hit record highs in mid-July and which leads the world with more than 3.7 million infections and more than 140,000 deaths. The country has no national strategy for contact tracing, says Adriane Casalotti, chief of government and public affairs at the National Association of County and City Health Officials (NACCHO). Instead “the federal government has said to states, ‘do as you wish,’” she adds. This week, the White House moved to block $25 billion for tracing and testing in the latest pandemic relief bill being considered by Congress, according to news reports, contending that states already have funding.

Yet many states do not have the money to start large tracing programs. In fact, state public health departments across the U.S. were drastically underfunded even before the pandemic. Since 2008, local health departments have lost close to 25 percent of their employees.

The result is a patchwork of programs with insufficient money and uneven implementation. NACCHO estimates that, given national levels of confirmed cases, the nation needs at least 100,000 contact tracers. And that number would cost local, state, territorial, Native American and federal public health agencies at least $3.7 billion. So far, however, no federal dollars have been specifically allocated to contact tracing “or to any federal contact tracing programs,” Casalotti says.

A look at some individual states makes it clear that the workforce has not reached the scale required in several places. For instance, Arkansas recently announced plans to hire 350 new contact tracers, which would bring its total to about 900. But based on the number of current cases, the state actually needs 3,722 tracers, according to a contact-tracing-workforce estimator developed by the Fitzhugh Mullan Institute for Health Workforce Equity at George Washington University. In Florida, where the pandemic is surging terribly, the same estimator calculates that 291 tracers per 100,000 residents are needed. Yet as of early July, the state had only seven per 100,000. And cases of COVID-19 surged in Texas, even as contact tracers working for the Texas Department of State Health Services were taken off the job.

Some states and local governments have increased operations. Massachusetts has launched a large effort, and New York and Washington State have also mobilized strong programs, says Margaret Bourdeaux, a physician and research director of global public policy at Harvard Medical School. In California, San Francisco has called up city employees, such as librarians, to join its tracing workforce.

Yet making contact-tracing programs successful means more than just boots on the ground. Tracers are trained to help people think through who they might have been in contact with. Though numerous phone apps now aid in identifying potential contacts, “technology can’t solve the problem of convincing someone they should pick up the phone when a contact tracer calls,” says Mary Gray, a social scientist at Microsoft Research, who also has affiliations with Harvard University and Indiana University Bloomington. “It is the reason we are failing—because we keep searching for something else we can buy or put into place. We have not conceded how deeply human this process is.”

Contact tracing is built on trust. The first call from a tracer is the beginning of a relationship, Gurley says. “It’s not just explaining what someone needs to do; it’s also explaining why.” From there, the contact tracer will follow up every day to make sure the contact is getting the support that person needs to maintain self-isolation. “Contact tracers have to be good at building rapport,” Gurley says.

The U.S.’s divisive political climate can make this process challenging. The systemic racism that has disproportionately affected people in minority groups with the virus may also make them more hesitant to disclose their personal information, Madad says. “With all the political rhetoric about immigration, people in [immigrant] communities may be afraid to talk.”

Elizabeth Perez is bilingual in Spanish and English and works as a contact tracer in San Francisco. She mostly speaks with people in the Latino community, and she says that doing so in Spanish can help her build trust. Ramsés Escobedo, who works in the same program, says that sometimes individuals worry about the information being collected. Occasionally, reluctant people give out incorrect phone numbers, and the team has to do some detective work to track down potential infected cases.

New York City’s program has approached this problem by recruiting contact tracers with diverse backgrounds from within local communities, Madad says. More than half of the contact tracers in her program are from the hardest-hit zip codes. “They’re part of that community,” she says.

One of the biggest challenges that Perez says she faces is misinformation being disseminated on social media.BuzzFeed News reports that “Facebook posts and YouTube videos spreading hoaxes and lies about contact tracers have received hundreds of thousands of views.” Some of these posts compare tracers to Nazi secret police and falsely say they take people to internment camps. Others suggest they should be greeted with guns. Contact tracers report they have faced death threats.

The next action that comes after a tracer has identified a potential infected person—getting that individual to adhere to quarantine—has proved exceptionally difficult in the U.S. For stopping the spread of a virus, however, isolation is absolutely key. “You can do the contact tracing all you want. But if you’re not also providing these support services people need to isolate, it won’t work,” Madad says. No one is going to quarantine for 14 days if that means losing a job and income or abandoning caregiving.

That fact is why the availability of services to support people in quarantine, such as housing, childcare, income or meal services, can make or break a contact-tracing program, Madad adds. For example, South Korea transformed existing public and private facilities into temporary isolation wards and has ensured that people quarantined via contact tracing receive a twice-daily check in from a public health worker, as well as deliveries of food and other necessities.

In the U.S., these kinds of resources have not been offered, by and large. New York City has set up quarantine hotels where people can go, and so have a few other localities. But efforts such as these are not widespread, and they are not enough to meet the needs of every community.

At this point in the pandemic, that shortfall is a desperate problem, according to Harvard’s Bourdeaux. “We are looking into the abyss,” she says. Contact tracing at the large scale that is needed might seem overwhelming, “but what other choice do we have?” Bourdeaux asks. “You can’t have an economy, you can’t have open schools, you can’t have normal life if the epidemic is raging and uncontrolled.” Until we have effective medications and a vaccine, she says, testing, contact tracing and quarantine are the most effective plague stoppers in existence. 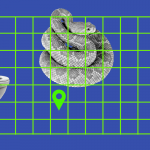