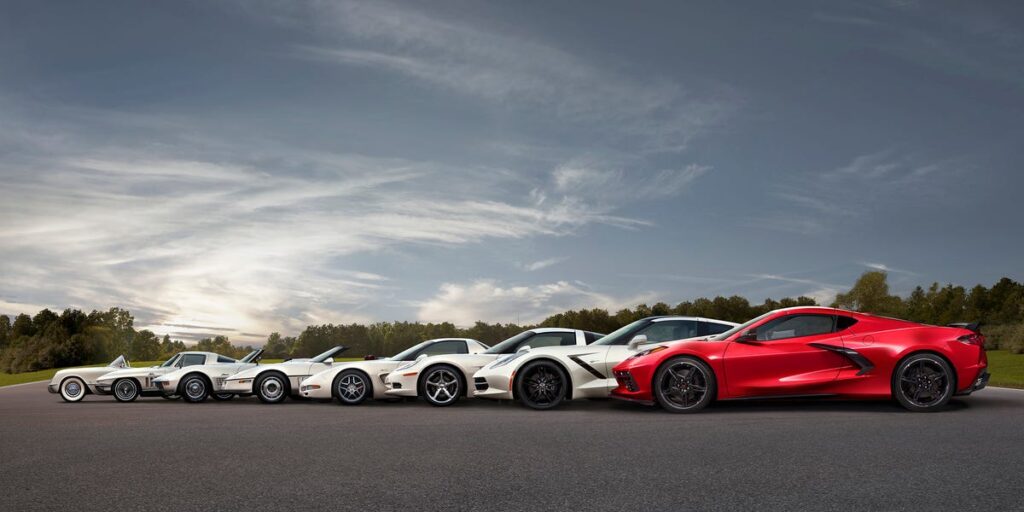 Despite the generous offering of American muscle cars available to buyers today, there’s only one considered to be America’s sports car. That car is the Chevrolet Corvette.

The Corvette is currently in its eighth generation — and for the first time in its 67-year history, it finally has the setup that makes it competitive with the likes of the European supercars.

See, for the first seven generations, the Corvette stuck with a very traditional, front-engine layout, meaning its engine was located in front of the driver. Of course, there’s nothing inherently wrong with a front-engine setup, but it’s also a setup that very pedestrian cars like Toyota Camry also have.

In racing and with supercars, a mid-engine layout is generally much more preferred. A mid-engine layout is when the engine is located behind the driver and between the car’s front and rear axles. Generally, mid-engine cars offer improved balance and handling because the heaviest part of the car — its engine — isn’t located on only one end.

Those rumors were finally laid to rest with the eight-generation Corvette, also known as the “C8” generation: the mid-engine Corvette, actualized. America’s sports car had finally grown up and was ready to take on the global performance segment.

How did we get here? Why does the C8 matter? Dear reader, keep scrolling to find out.