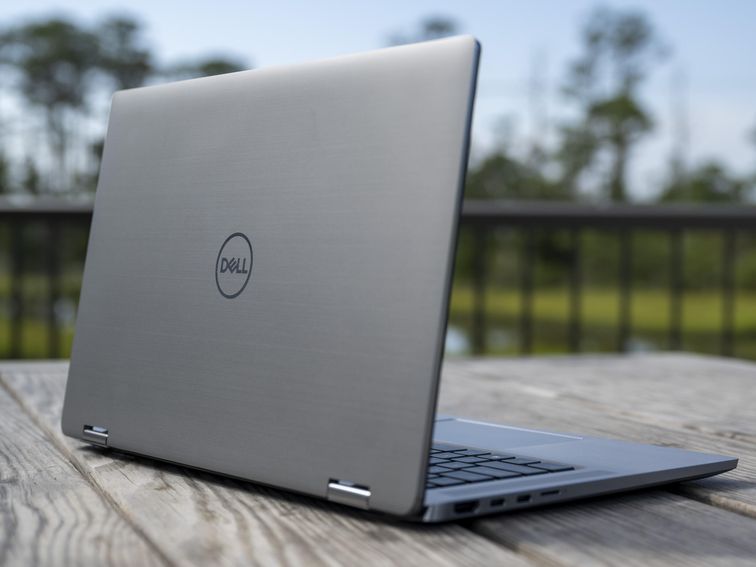 Dell’s Latitude 9510 could be the most important business laptop of 2020. That’s not necessarily obvious just from looking at it. I mean, it’s a nice-looking laptop, but not a visual standout. But really it’s only after using the 9510 for a little while that you start to understand why it’s special and what it allows you to do that other work laptops don’t. Mainly, it gets out of your way and lets you get your work done, wherever you are, even if that’s stuck at home right now.

That’s probably not something many people thought too much about at the beginning of the year, before a lot of us suddenly became remote workers and had to turn our kitchens, bedrooms or a closet into an office. It’s not exactly what Dell and Intel were thinking about when they started working on the Latitude 9510 a couple of years ago, either.

“It’s interesting, because when we built the 9510 together, we thought, ‘Hey, what are all the experiences that people are going to need now and in the future as well’,” says Meghana Patwardhan, VP of Dell’s Mobility Group. But because of COVID-19 and everybody working from home, the future the 9510 was designed for got here a lot sooner than expected.

The Latitude 9510 was built to be a complete mobile office — from conference call clarity on both ends to wireless connectivity including Wi-Fi 6, optional 4G and eventually 5G, to instant-on performance — all with half the carry weight of a typical 15-inch laptop and more than 30 hours of battery life. Lots of premium features built into one device so you won’t have to carry anything else.

The project started as part of Intel’s Innovation Excellence Program. Its focus is on taking on a lot of hard-to-solve problems and working on them together to make an incredible overall laptop without trade-offs, Josh Newman, VP of Intel’s Client Computing Group, told me.

At the same time work started on the 9510, Intel was kicking off Project Athena, a co-engineering program focused on innovations to help the most demanding users who need to be incredibly mobile. For that kind of portability, Intel concentrated on 13- or 14-inch screen sizes, ruling out larger screen sizes for weight and battery reasons. Also, the laptops would need to meet real-world user experiences, such as extra long battery life  and delivering the same system responsiveness whether or not it’s plugged in.

Then, Dell showed up and wanted all of these things, but with a 15-inch display in a 14-inch body. The co-engineering partnership with Dell pushed beyond the initial Project Athena vision, Newman said, and created the 9510, the first 10th-gen Intel vPro-based Project Athena-verified laptop.

Intel and Dell shrank the main board as much as possible and had to reroute antennas and wiring. Adding to the pressure was the need to get all of it into the base of the 9510 so it could be built as either a clamshell laptop or a two-in-one convertible without sacrificing its premium design.

“That’s how much more pressure it put on our engineering teams to make sure that the board itself is as small as possible and everything, every component picked is the smallest with the lowest power,” Patwardhan says. However, despite the complex design, it’s still easily upgradeable and serviceable by an IT department, which is a key selling point for business laptops.

Plus, with the addition of Intel’s vPro platform, the 9510 gives IT departments better tools for all the security and remote management that’s now even more necessary with the increased remote workforce. “Even if the OS isn’t booting up, now IT can still go in and try to debug and get the system back up and running,” Newman says.

There are a bunch of other little things that make the Latitude 9510 a step ahead. It has a fingerprint sensor in the power button for secure sign-ins. But it also has an IR camera for signing in with facial recognition and a proximity sensor so it knows when you leave your computer and automatically locks it and then unlocks it when you return.

Then there’s Dell’s Optimizer software that learns to adjust performance and battery based on your usage habits. It starts to pick up on your patterns after as little as an hour, but once you work with it for a few weeks, it learns how you use your apps and will keep the performance of your five most-used apps the snappiest.  It also learns when you’re usually plugged in and for how long, to help with power management as well.

From my own experience with the Latitude 9510 two-in-one, it’s lived up to its promise. Battery life is amazing: It ran for more than 25 hours on our video streaming test. More importantly, though, I can work an entire day on it, shut it down and come back the next day and start working again without worrying about charging in between. It’ll charge quickly, too, when you need it. It wakes instantly when I lift the lid and, with facial recognition, it unlocks, Wi-Fi connects and I’m ready to work in seconds.

The size and weight are remarkable, too, for a 15-inch two-in-one. Over the past few weeks, I’ve found myself using it everywhere from my couch to a park bench to the front seat of my car. To have that flexibility without giving up a bigger screen is incredible.

Of course, a premium laptop like this isn’t cheap; prices start at $1,849. Still, the 9510 is built to last, so you won’t need to replace it anytime soon. But, like any first-of-its-kind laptop, what Dell has learned will make its way into other devices.

“The reason that we do these products is to be innovative, to make a statement about what we think the future is going to hold,” Patwardhan says, “but obviously it has to be able to then start making it down into other parts of the portfolio.”

We’re continuing to test the Latitude 9510 and will dive deeper into its performance in our upcoming full review.

Stay current on the latest Microsoft news, plus reviews and advice on Windows PCs.