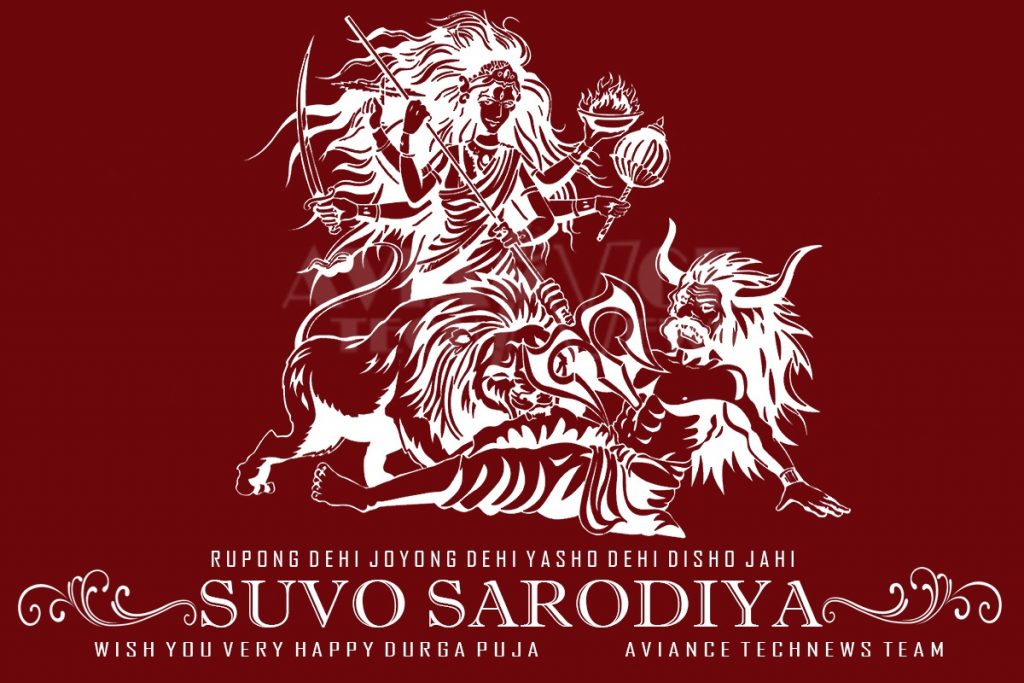 Durga Puja 2020 will be celebrated in the month of October with Mahalaya on 17 September and Maha Panchami on 21 October. Durga Puja celebrates the ten-armed mother goddess and her victory over the evil buffalo demon Mahishasura. While celebrated across India, In West Bengal, Assam and Tripura, it is the biggest festival of the year and the most significant cultural event in Bengali Hindu society. Durga Puja is a ten-day festival, even though it is the latter five days that are recognized and celebrated. The last five days being special festivals that are reflected in public holidays in some states in India. The pandals are beautifully decorated with a certain theme. The streets are crowded with people who are out to see the pandals and the idols of the goddess Durga.

As per Hindu mythology, the festival marks Goddess Durga’s visit to her natal home along with her children. Durga Puja is preceded by Mahalaya, which marks the beginning of Durga’s journey to her home. The actual puja starts from “Maha Sashthi” or the sixth day where devotees welcome the Goddess with pomp and gusto. On this day, Durga’s deity is unveiled in front of the public. Several rituals are performed while the “dhakis” keep the mood and spirit of the puja alive by playing the “dhak”—a kind of drum that’s associated with the puja and Bengali culture.

Another different view is that “Kola Bou” is a symbolic representation of nine types of plants that form a sacred complex. Priests tie a bunch of eight plants on the trunk of the banyan tree before performing the ritual. The nine different leaves combined together form “Kola Bou”—often considered as the plant form of Durga.

“Maha Ashtami” marks the 8th of the puja and is considered as the day when the Goddess defeated “Mahisasura”. Prayers are offered in the form of “Anjali” while feasts are organized in different localities. Khichdi and other delicacies are prepared on this day.

The 9th day is dubbed as “Maha Navami”. As soon as the “Sandhi Puja” ends, Maha Navami commences. Maha Aarti is performed as a closing ritual. Huge queues are common on this day as people flock in to take part in “Maha Aarti”.

The 10th day or “Maha Dashami” marks the final day of Durga Puja. On this day, Durga and the other deities are immersed in the river Ganga. Before the immersion, married women take part in “Sindoor Khela” where they smear vermillion on each other’s faces. On the day of immersion, also called “Visarjan”, huge processions are common. People dance and cheer on the road to celebrate the spirit of the puja. After the immersion, a typical custom is followed where people visit their relatives’ houses to wish “Bijoya Dashami”.

How is Durga Puja celebrated?

Schools, colleges, and government offices are closed during the puja. People indulge in shopping for the puja just after Mahalaya. During this time of the year, most shops offer discounts on clothes and other products. On “Maha Ashtami” men usually wear Kurta Pajamas while women drape themselves in sarees.

Cultural events are organised in different localities while puja organisers compete against each other through theme-based puja pandals. The beauty of Durga Puja is that every pandal has a story to tell through its art and décor. People stand in queues just to enter the pandal so that they can enjoy the magnificent artwork and décor.

Food stalls are set up in every nook and corner while special Durga Puja dishes are prepared in restaurants. Streets are decorated with different lights to capture the festive mood. More police personnel are deployed than the usual to keep the traffic under control.

Durga Puja is the biggest festival for the Bengali community. Other than the celebrations, the festival calls for a family get-together. It’s a time when people bridge their differences and come together to celebrate unity. To be precise, Durga Puja transcends the boundaries of religion and celebrates the spirit of humanity.

Many exciting festive activities are organised on the eve of the festival of Durga puja. Some of these are:

Detailed Information about the Festival of Durga Puja

Durga puja is one of the mostly grandly celebrated festivals in the country with the celebrations carrying over for more than a week. Each day has its own special meaning and different activities are carried out every day. Some of these are: