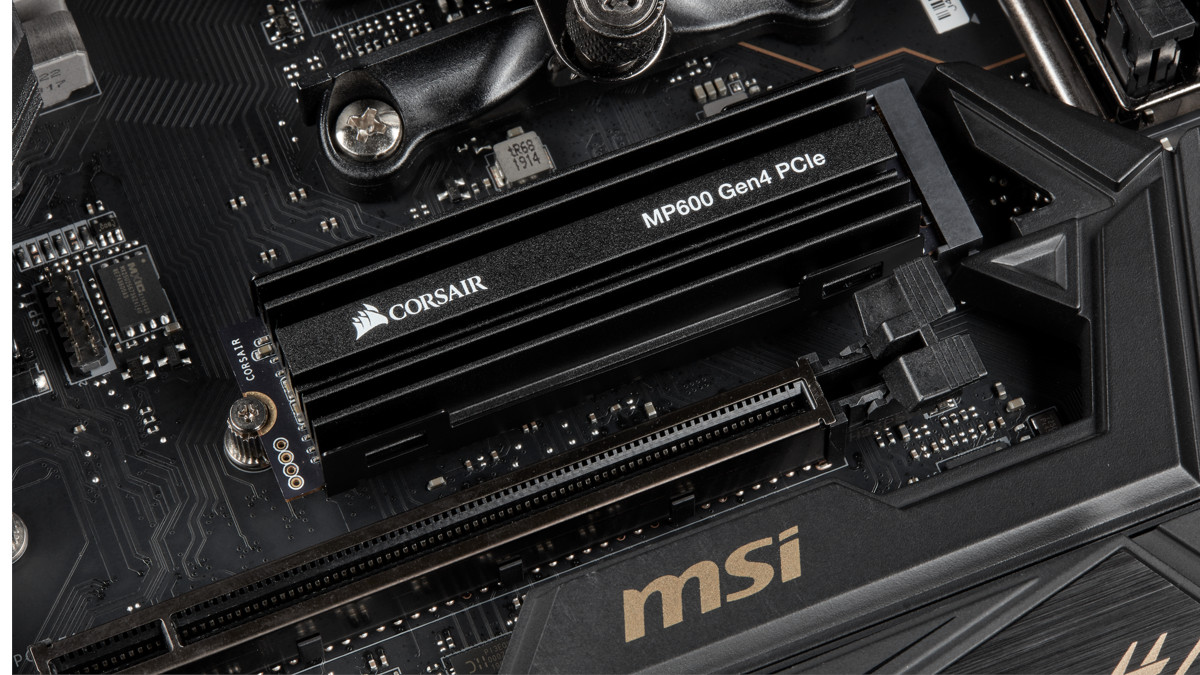 By taking advantage of PCI-E 4.0, the newest generation of NVMe SSDs can theoretically hit speeds that are twice that of PCI-E 3.0 drives. If you’re looking to get an incredibly fast SSD for your system, have a look at Corsair’s new MP600 that’s able to use PCI-E 4.0 lanes to hit a max speed of up to 4,950MB/s. It’s also currently on sale for the lowest price we’ve seen to date.

Corsair’s Force MP600 supports the new PCI-E 4.0 interface, which enables it to transfer data at a blazing fast rate of up to 4,950MB/s — significantly faster than last-gen SSDs. This particular model also has a 512GB capacity, giving it enough space to store several games and numerous applications. For a limited time, you can get one of these drives from Amazon marked down from $139.99 to just $114.99.

This Alienware desktop features an edgy, rounded design and powerful gaming hardware capable of running most current AAA titles with high graphics settings. In addition to looking cool, this system was also designed to provide improved airflow over the older Aurora desktops, which means the hardware inside will also run cooler as well. For a limited time with promo code SAVE10, you can get this system from Dell marked down from $1,429.99 to $1,206.00. This robot vacuum comes with 2000Pa of suction power giving it the strength it needs to lift all the dirt from your floor. This model also sports a large 5,200mAh battery that can last over 150 minutes of nonstop cleaning. Currently, you can get it from Amazon marked down from $399.99 to $299.99 with promo code ROBOROCKS45. Asrock designed this as an affordable gaming motherboard that still has a fair share of high-end features. In addition to having steel-reinforced PCI-E x16 slots for exceedingly large graphics cards, this board also has modest overclocking features to help you get the most out of your Comet Lake CPU. Right now you can get this board from Amazon marked down from $239.99 to just $194.99.

In addition to its large 256GB capacity, this microSDXC card is also fairly fast and able to transfer data at up to 100MB/s. Currently, you can get it from Amazon marked down from $49.99 to $33.99.