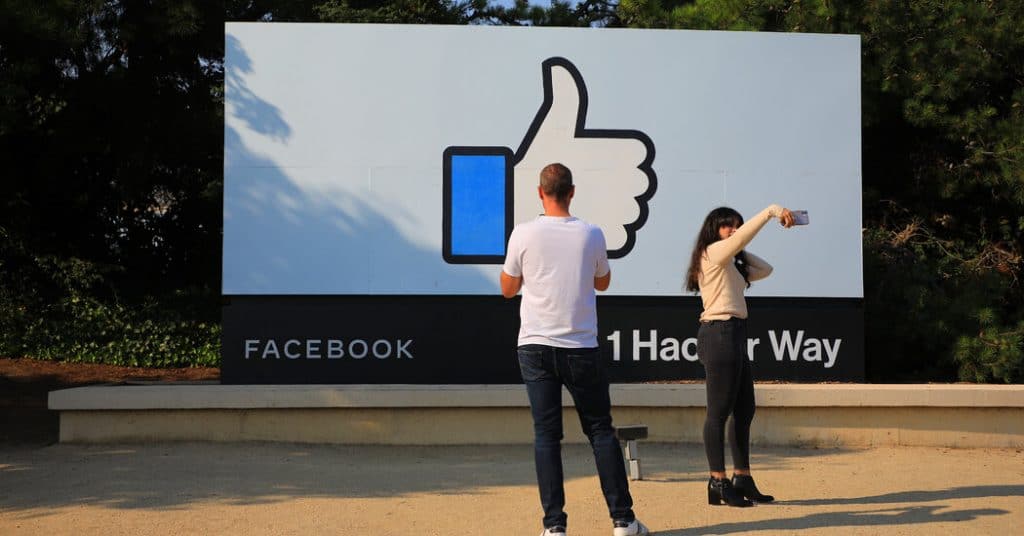 The Russian group that interfered in the 2016 presidential election is at it again, using a network of fake accounts and a website set up to look like a left-wing news site, Facebook and Twitter said on Tuesday.

The disinformation campaign by the Kremlin-backed group, known as the Internet Research Agency, is the first public evidence that the agency is trying to repeat its efforts from four years ago and push voters away from the Democratic presidential candidate, Joseph R. Biden Jr., to help President Trump.

Now Facebook and Twitter are offering evidence of this meddling, even as the White House in recent weeks has sought to more tightly control the flow of information about foreign threats to November’s election and downplay Russian interference. The Trump administration’s top intelligence official as recently as Sunday has tried to suggest that China is a graver risk than Moscow.

Facebook and Twitter, which were slow to react to wide-ranging disinformation campaigns on their services in 2016 and continue to face criticism — even from their own employees — that they are not doing enough to confront the issue, said they were warned by the Federal Bureau of Investigation about the Russian effort.

Some American officials are worried about a broad effort by Russian intelligence to use fringe websites, spread conspiracy theories and sow division in the United States. And some of the activity Facebook and Twitter identified Tuesday was just that kind of information laundering.

The fake network and site did not reach as big an audience as the group’s efforts in 2016, but the campaign came with a new wrinkle: The Russians hired real Americans to write for the website. The site, called Peace Data, also used personas with computer-generated images to create what looked like a legitimate news organization.

The group has been a less important part of Russia’s operations this year, according to two American intelligence officials, who spoke on the condition of anonymity. The group’s recently discovered activities on Twitter and Facebook were almost overt, designed to be detected, the officials said.

But the Peace Data site appeared to be a more worrying example of “information laundering,” a more covert and potentially dangerous effort by Moscow. Russian intelligence agencies have used allies and operatives to place articles, including disinformation, into various fringe websites.

“The Russians are trying harder to hide; they are increasingly putting up more and more layers of obfuscation,” said Ben Nimmo, whose firm, Graphika, worked with Facebook to release a report on the fake site. “But they are still getting caught.”

The I.R.A. advertised for writers on an online job board, according to one American freelancer who wrote for Peace Data.

The writer asked to remain anonymous because he did not want his professional career affected by his unknowing cooperation in a Russian operation. He said he answered the job ad with some links to his recent work, and received an email response immediately asking him to submit new articles on any theme of his choosing.

In his earlier work, the writer had frequently challenged whether Mr. Biden represented the progressive values of the Democratic Party and whether he deserved the vote of left-wing Americans.

He said his articles for the website were barely edited. He was happy, he added, to be receiving payment for his work, even though his new bosses were offering him only $75 per story. The money, he added, was sent through an electronic payment.

The I.R.A. appeared to be in the earliest stages of building an audience for the fake news site on Facebook. The group had created 13 fake accounts and two pages dedicated to promoting Peace Data, according to Facebook. The pages were followed by 14,000 people.

The goal, said Nathaniel Gleicher, Facebook’s head of security, appeared to be to drive people to the Peace Data site, which billed itself as a “global news organization.”

The site’s first activity was in October 2019, when it began sharing articles published by other outlets. In March 2020, the site started publishing its own articles in English. Three editors were listed on the site. But when their photos were studied closely, it became apparent they were computer-generated images, said Mr. Nimmo.

“In terms of posting, they were clearly significantly left of the Biden-Harris campaign,” Mr. Nimmo said. He said topics ranged from racism in the United States to the environment and capitalism. Several articles argued that Mr. Biden would move the Democratic Party too far to the right.

Bill Russo, a spokesman for the Biden campaign, said the Russian activity was “proof of two immutable facts: Russia is attempting to interfere in our elections on behalf of Donald Trump, and Facebook’s platform is a key vector for these efforts.”

“President Trump’s refusal to speak out against Russian interference makes it all the more important that Facebook does more to enforce their rules and ensure their platform cannot be used to corrode the foundation of our democracy,” Mr. Russo said.

Facebook used the F.B.I. tip to identify the Peace Data accounts and pages on its own platform, and to work with Twitter and other sites to remove the I.R.A.-run network. The company said it contacted nearly 200 people who had been messaged by the network.

The F.B.I. confirmed the group’s involvement and said in a statement that it “provided information in this matter to better protect against threats to the nation’s security and our democratic processes.”

Two people familiar with the matter said the influence operation was first detected by American intelligence agencies, including the National Security Agency.

Officials with the N.S.A. and Cyber Command declined to comment. But in an article last month in Foreign Affairs, Gen. Paul M. Nakasone, who leads both organizations, said that in the 2018 midterm elections, threats detected by the two agencies where shared with the F.B.I.

Twitter said on Tuesday that it had suspended five accounts associated with Peace Data for “platform manipulation that we can reliably attribute to Russian state actors,” a spokesman said.

The accounts were low-quality and engaged in spamming activity, Twitter said, so they did not gain a widespread following or attract much attention. Even so, Twitter said it would block any future attempts to share links from Peace Data.

Facebook has taken on roughly a dozen I.R.A.-affiliated operations since the last presidential election. In October of last year, Facebook announced that it had removed Russian-backed influence networks aimed at African countries including Mozambique, Cameroon, Sudan and Libya.

The company said the online networks were linked to Yevgeny Prigozhin, the Russian oligarch who was indicted by the United States and accused of interfering in the 2016 presidential election.

And in April, Facebook removed a Russian-backed operation in Ghana and Nigeria that was targeting Americans with divisive content.

Last month, William R. Evanina, the director of the National Counterintelligence and Security Center, announced broad efforts by Russia, China and Iran to try to influence voting in the forthcoming election. But administration officials argue that Democrats are playing up the Russian threat to hurt Mr. Trump.

In an appearance on Fox News Channel on Sunday, John Ratcliffe, who was installed in May as director of national intelligence, asserted that China, not Russia, is the graver threat.

While people briefed on the intelligence concede that China wants to increase its influence in the United States, they said there was no direct evidence that Beijing had taken direct action to influence the presidential vote this year.

Researchers are also concerned about homegrown disinformation campaigns, and the latest Russian effort went to some lengths to appear like it was made in the United States. In addition to hiring American journalists and encouraging them to write in their own voices, the Peace Data website mixed pop culture, politics and activism to appeal to a young audience.

“It shows they are persistent and they are adaptive,” said Mr. Nimmo. “But it also shows they are having a much harder time than they used to in finding an audience.”