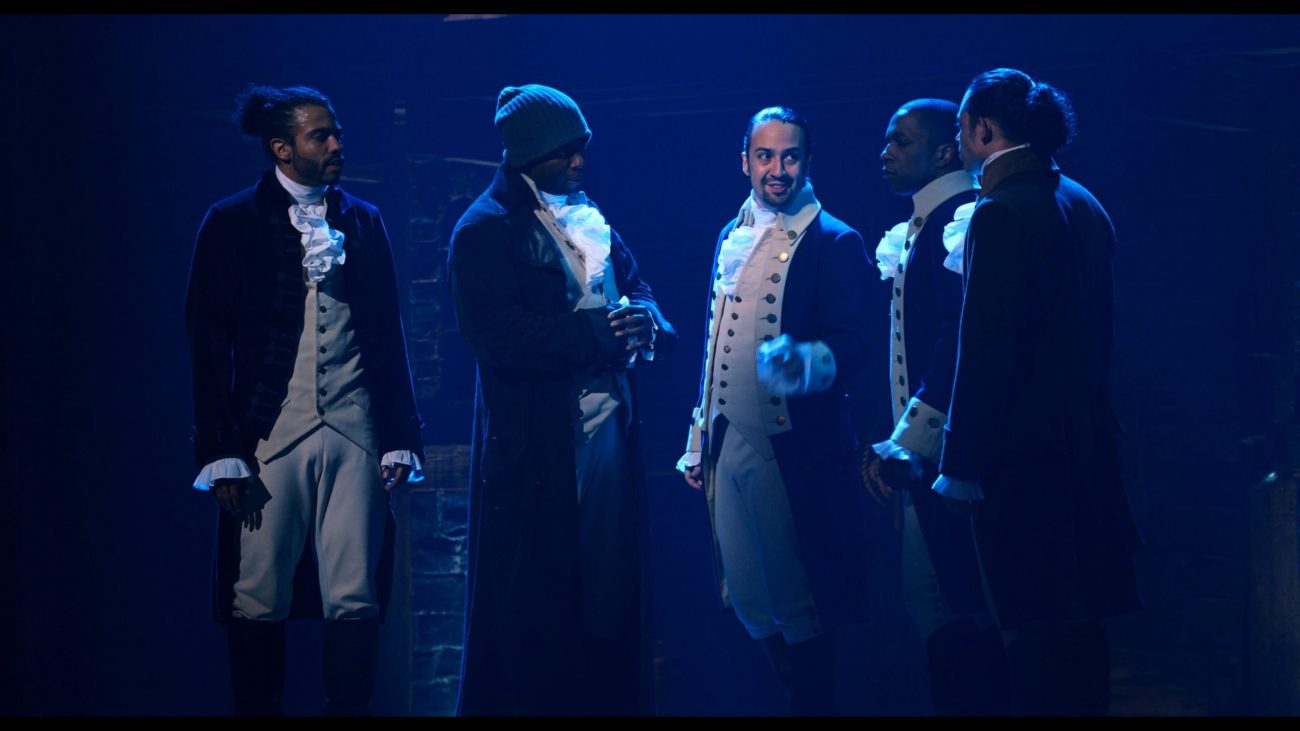 In a much-anticipated streaming arrival, Lin-Manuel Miranda’s Hamilton, the Broadway hit you’ve been obsessing about for years but couldn’t get tickets for, is now showing on Disney Plus.

Watching the story of founding father Alexander Hamilton from home doesn’t feel exactly like watching the play live with an audience. It can’t fully replicate the spell of a live performance or the excitement of reacting in real time with other viewers in a packed house.

Entertain your brain with the coolest news from space to superheroes, memes to robots.

But you can still very much enjoy it. This filmed version of Hamilton was captured at the Richard Rodgers Theatre on Broadway in June 2016 with the original cast. Stage director Thomas Kail pulls double duty as director of the movie.

Kail delivers on Miranda’s promise of getting you the “best seat in the house.” The play has been shot from different angles in the audience. But it also uses frequent close-ups, offers bird’s-eye views of the whole stage and occasionally frames the scene from backstage. The first time King George (Jonathan Groff) appears on stage, the camera follows him from behind, presenting a backstage view a regular audience member would never see. You can even take in the teardrops on Phillipa Soo’s (Eliza Hamilton) face after a devastating event.

This filmed version of Hamilton democratizes the viewer’s experience, but it’s also hard to forget that what’s been captured here was a play and not a movie. The lighting, costumes, hairstyles and makeup are designed for a theater. Close-ups let the viewer see the microphone hiding on Miranda’s hair, but also his sweat. A regular theatergoer wouldn’t have seen Groff’s spitting from such a short distance while singing “You’ll be back.” And a blue shine illuminates the actors’ faces due to the spotlights lighting the play. All the welcome artifice of theater doesn’t quite find its medium on a TV screen.

What I’m trying to say is this isn’t the equivalent of Tom Hooper’s Les Misérables. Fortunately it isn’t his Cats either.

But once you’ve acclimated to the idea of this hybrid between a play and a TV movie, you can start relishing Hamilton. And relish I did.

Back in January, I saw a live version of the show in San Francisco with a totally different cast. I loved it. This second viewing of Hamilton allowed me to relive the experience and appreciate it more. It let me enjoy the catchiness and sharpness of the show’s songs more than the first time I saw it.

Due to the coronavirus pandemic, recorded theater performances are the only way to enjoy this art form right now. I still prefer the thrill of watching a play live, but I can definitely settle to fare like Hamilton on Disney Plus for the meantime.

Hamilton is the United States’ origin story told with a diverse cast of Black, Asian and brown performers. There are shoutouts to the role immigrants played in the founding of this country. “Immigrants, we get the job done,” Marquis de Lafayette (Daveed Diggs) famously tells Hamilton in a hilarious scene this US immigrant inexplicably missed the first time I saw Hamilton. There are references to the divide between North and South and the need to end slavery. There are political schemes, family drama and romantic plots. Best of all, the show honors writing as a way of life. You know, the whole writing like he’s running out of time Hamilton does.

I caught parts of the plot that had escaped me the first time.

This show, which runs two hours and 40 minutes with a one-minute intermission, is one of those musical experiences that benefits from second and third viewings. On occasion, I preferred aspects of the Disney Plus Hamilton experience — it being much cheaper than theater tickets for starters. But I also enjoyed being able to ask my husband history questions while watching (he’s seen HBO’s miniseries John Adams at least twice). I caught parts of the plot that had escaped me the first time. I reacquainted myself with the history of US presidents George Washington, Adams and Thomas Jefferson. I got to reassess the value of sound advice like “Talk less, smile more.” And I re-listened to the delightful soundtrack the way it was meant to be heard: with accompanying images, choreography and performers.

When it ended, Hamilton’s infectious hip hop and rap-infused songs were again stuck in my mind and I’ll probably be humming them for days. The first time I saw the show I was caught on a non-stop loop of “The Room Where It Happens.” Now I’m going through a “My Shot” phase.