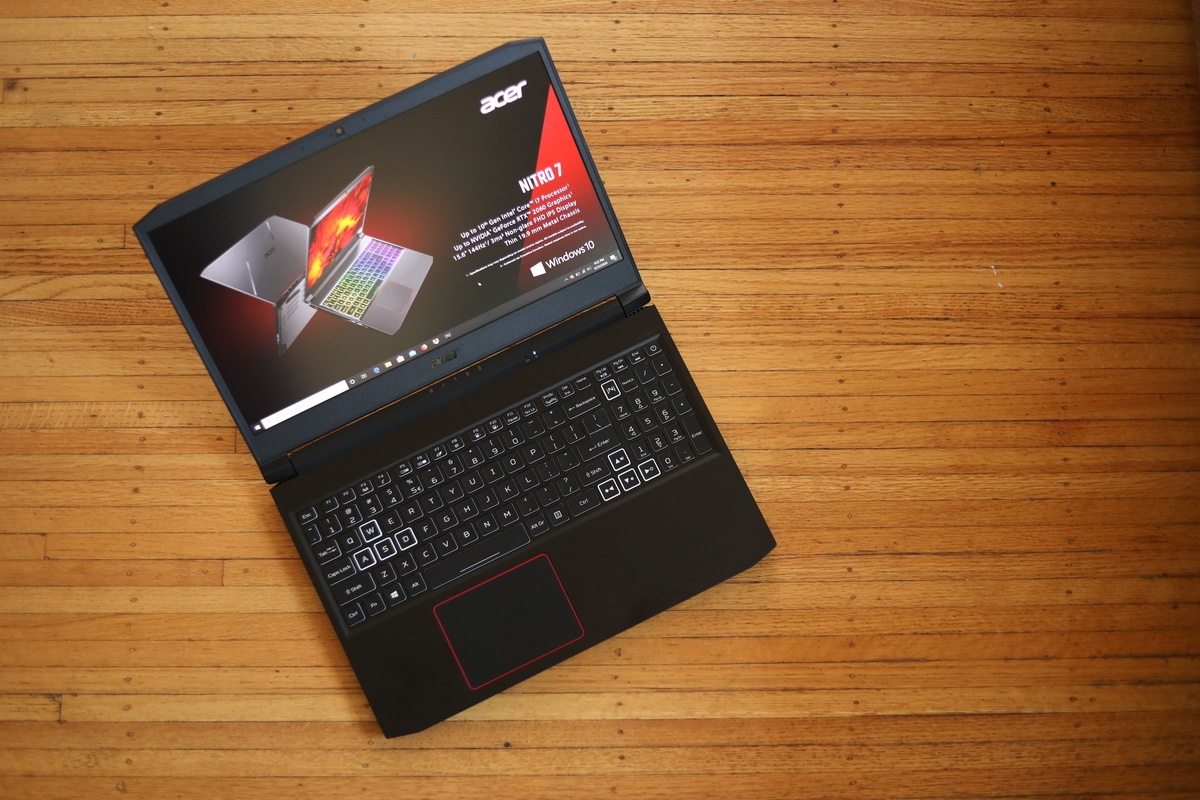 Hands-on with the Acer Nitro 7 with RTX graphics

Acer’s Nitro 7 has long been the middle child Jan Brady in the company’s gaming laptop family, sandwiched between the bulkier, but lower-cost Nitro 5 and the more luxurious Predator Triton 500-series.

The latest Nitro 7 is finally stepping out. Acer gave us a chance to go hands-on ahead of the laptop’s announcement Tuesday at the company’s next@acer virtual event.

The biggest change to the latest Nitro 7 is the top GPU. The previous iteration stopped at Nvidia’s GeForce GTX 1660 Ti. That’s a very decent GPU and great for gaming, but it lacks a key feature: hardware ray tracing support.

The newest Nitro 7 gets a GeForce RTX 2060 with 8GB of GDDR6. As part of our preview, we’re not allowed to disclose benchmarks of this pre-production unit, but on paper, we can say it should perform very decently.

The GPU’s base clock is 1,005MHz, and its boost clock is 1,350MHz. Those numbers don’t really mean much though, as the dynamic boosting will see far higher clock speeds depending on the workload, power, and cooling of the laptop.

The GPU’s memory uses a crop of low-voltage GDDR6 memory, which Nvidia has introduced with its latest GPUs and which is rated at 1,353MHz on our unit.

While we can’t comment on performance of this pre-production Nitro 7, we figure it’ll be very competitive with some of the original GeForce RTX 2060 laptops we’ve seen.

What’s unexpected is how this particular Nitro 7 was configured. While the top Nitro 7 we could find previously featured a 512GB SSD with a 1TB hard drive, this Nitro 7 comes with two Western Digital SN530 M.2 SSDs in RAID 0.

We weren’t allowed to open the unit up, but if it’s built on the same chassis as the previous model, it likely has a bay for 2.5-inch drives. We’re making that guess because the battery capacity is about the same at 58 Watt-hours. That’s a fairly small battery for a gaming laptop, but Acer uses that space for that 2.5-inch drive bay. So good for storage, but probably meh for battery life.

Our unit also came outfitted with 32GB of RAM, which is more of a premium feature. If it’s similar to the previous model, both modules should be easy to get to once you’ve taken off the bottom.

Most of the rest of the Nitro 7 appears to be based on the previous version, with a slender profile (less than 20mm thick and 144Hz 1080p screen. Pricing of the newest Nitro 7 starts at $1,000, but we suspect that won’t be with the 2TB of storage and 32GB of RAM.