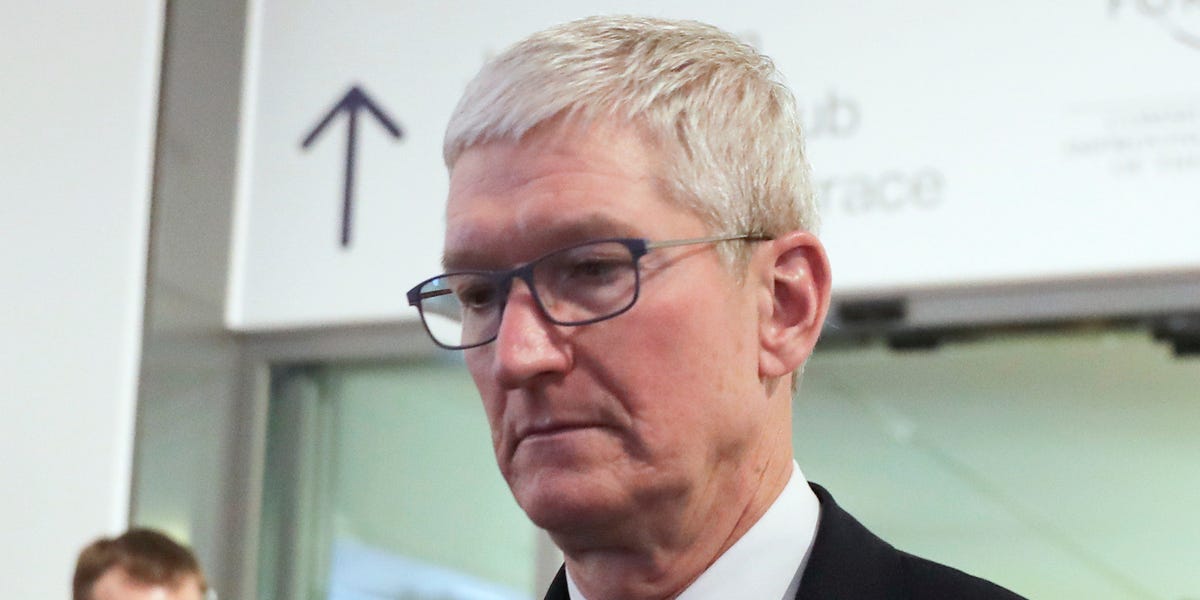 The stock market has come roaring back from the hit it took this spring from the coronavirus crisis, but if you ask Dan Morgan, the rebound may be a bit overdone, at least when it comes to some of the biggest tech stocks.

The market’s recovery has been led by the so-called FAANG stocks — Facebook, Amazon, Apple, Netflix, and Google parent Alphabet — along with Microsoft. All of those companies, which dominate the S&P 500, have outperformed that index for the year to date and most have beaten it since mid-March when the companies’ shares and the index bottomed out. Thanks to that performance relative to the broader market, the group of five FAANG companies plus Microsoft now represents more than 20% of the total market capitalization of the entire combined S&P 500.

“It just amazes me the way the money keeps funneling into those six or seven names,” Morgan, a senior portfolio manager at Synovus Trust and a longtime tech investor, told Business Insider in an interview Thursday.

A good case can be made for the run-up in the shares of Amazon and Netflix and, to some extent, Microsoft, Morgan said. All three companies have benefited to a greater or lesser extent from the pandemic-related shelter-in-place orders.

With brick-and-mortar retail stores largely closed, US consumers turned to online shopping in big numbers to buy groceries, toilet paper, and other essential goods. With people staying home and unable to go to movie theaters or see live sports or other events, many have turned to streaming services for their entertainment. Meanwhile, Microsoft’s Team messaging service, the chief rival to Slack’s chat software, has seen an upsurge in use as many office workers have had to rely on such tools to communicate with their colleagues as they work from home.

Apple, Alphabet, and Facebook have gotten ahead of themselves

But Morgan has been stunned by the corresponding rebound in shares of Apple, Alphabet, and Facebook. Facebook and Alphabet both warned investors in April that they saw a significant slowdown in advertising sales at the end of the first quarter. Industry experts expect that things got worse in April and May, as companies around the country laid off millions of workers and slashed costs to try to stay afloat with the economy largely shut down.

Apple was hit early by the crisis, because the pandemic started in China. Most of the company’s products are made in that country, and it sees a significant portion of its sales there. With the epidemic raging in China earlier this year, Apple’s factories and stores in the country were shut down, leading to flat sales in its most recent quarter. As with Google and Facebook, things likely got worse more recently as the coronavirus spread to the US and shut down the economy.

Facebook’s shares shares are up a whopping 74% since hitting their nadir on March 18. Apple’s are up 62% since reaching bottom on March 23. Alphabet’s stock has bounced back 44% over that same time period.

It’s hard to justify the rebound in the shares of Apple, Facebook, Alphabet as based on pure fundamentals, Morgan said. The second-quarter reports for those and many other companies are likely to be bad, he said.

So the market is likely valuing them based on predictions about what their numbers will be like next year, he said. The future is likely going to be better than the second quarter. But there’s still a good deal of uncertainty about how well the companies will recover, and good reason to worry about how they’ve been doing lately, he said.

“To me, those are situations where they may be a little bit ahead of themselves, at least based on the fundamentals,” Morgan said. “Because I still think this upcoming quarter is not going be too beautiful for those companies.”

Got a tip about the tech industry or tech investing? Contact Troy Wolverton via email at twolverton@businessinsider.com, message him on Twitter @troywolv, or send him a secure message through Signal at 415.515.5594. You can also contact Business Insider securely via SecureDrop.