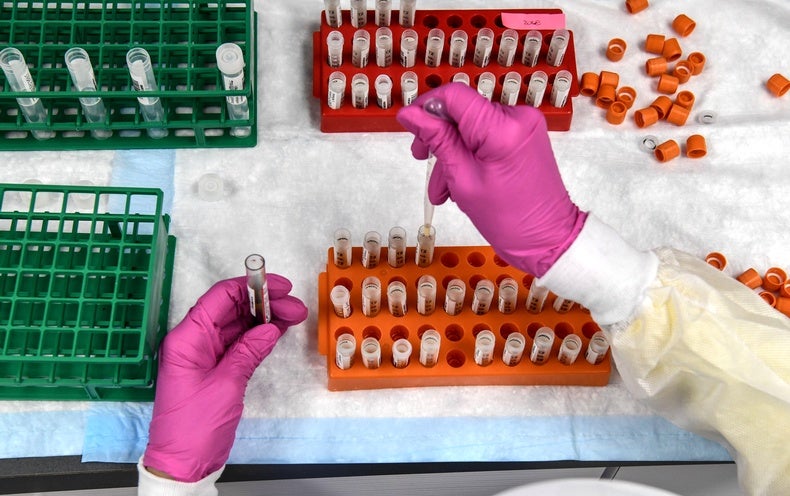 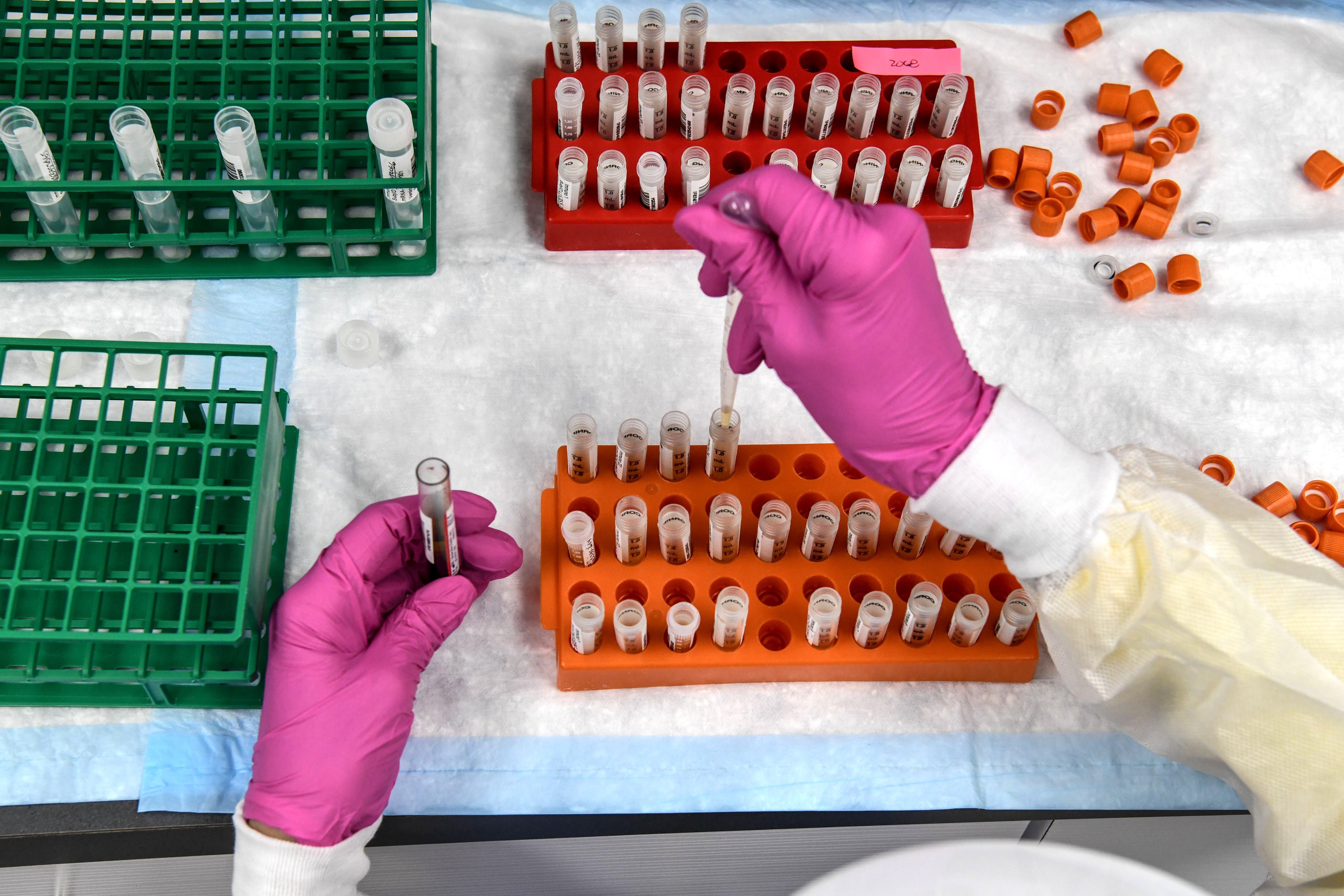 If and when a safe and effective COVID-19 vaccine is available, what is the fairest way to distribute it? In a policy report published on Thursday in Science, 19 public health experts laid out an ethical framework called the Fair Priority Model. It is geared toward three principles: benefiting people and limiting harm, prioritizing countries already disadvantaged by poverty or low life expectancy, and avoiding discrimination.

The report is critical of previously suggested vaccine allocation plans, including two proposed by the World Health Organization: one of them would distribute vaccines to each country according to its population size, and the other would prioritize health care workers and adults who are above age 65 or have underlying health conditions. Some national distribution proposals, such as a draft of a preliminary framework released on Tuesday by the National Academies of Sciences, Engineering, and Medicine, similarly prioritize health care workers and adults with other illnesses for initial vaccine allotment. Other plans, including one published in May in the Hastings Center Report, argue the U.S. should consider racial and socioeconomic disparities when deciding who to prioritize for a vaccine.

Any national vaccine distribution program could be stymied, however, if another country decides to hoard more vaccines than it needs. The framework described in Science aims to prevent such selfish nationalist impulses. Its authors acknowledge countries’ proclivity to place their own interests before those of others but argue that cross-border responsibilities in a global health emergency should supersede such urges. The framework addresses both the pandemic’s immediate impacts—illness and death—as well as its long-term repercussions for education and economies.

The Fair Priority Model includes three phases. The first is designed to reduce premature death. To guide distribution decisions during this phase, the authors propose using a health metric called standard expected years of life lost (SEYLL), which calculates years of life lost because of the pandemic in each country by comparing premature deaths with global life expectancies. The second phase brings in other metrics to quantify and minimize the economic and social consequences of the COVID-19. And the third prioritizes countries with higher virus transmission rates while also ensuring all countries eventually receive enough vaccine doses to halt community transmission.

Ezekiel J. Emanuel, vice provost for global initiatives and chair of medical ethics and health policy at the University of Pennsylvania’s Perelman School of Medicine, led the development of the Fair Priority Model. Scientific American spoke to Emanuel about the model and how it could be implemented.

[And edited transcript of the interview follows.]

Why is it important to have an ethical framework for vaccine distribution that supersedes nationalism?

We expect national partiality, and there’s even some good moral reasons for some national partiality. But from an ethical standpoint, there’s not a good reason for absolute partiality, where a country covers every one of its citizens before giving any vaccine internationally. There’s a good ethical reason not to have absolute vaccine nationalism. And many governments are arguing for fair and equitable distribution of vaccines. The vaccine manufacturers themselves argue for global distribution, and we also have international organizations, such as COVAX [a collaboration co-led by Gavi, the Vaccine Alliance, the Coalition for Epidemic Preparedness Innovations and the WHO], that have said they want fair and equitable distribution. [Editor’s Note: The Trump administration has said it will not participate in the COVAX effort, because it does not want to work with the WHO. This decision could limit U.S. access to a COVID-19 vaccine if it is developed by another country.] The problem is: there’s almost no definition of what “fair and equitable” means, specifically in terms of distribution. Being ethicists, public health people and political scientists, we thought that we were best suited to try to design such a definition.

They’re going to face a challenge in how to distribute the vaccine. Do they just sell it to the highest bidder? There are some manufacturers that seem to be inclined toward that. Do they contribute some of it to international groups such as COVAX? We think that at least some manufacturers recognize the importance of having it distributed around the world and very accessible. Again, a number of pharmaceutical company CEOs have come out in favor of this strategy. They don’t always seem to have the world’s interests at top of mind, but I think, in this case, many of the leading companies do think it’s important to address the pandemic worldwide, not just in the countries in which they’re based.

Why, in your opinion, are the WHO’s distribution proposals flawed?

One proposal is to give the vaccine to all countries based on a percentage of their population—first to 3 percent of every country’s population, then to 20 percent. That seems to fulfill the ethical principle of equal moral concern—treating people similarly and not discriminating based on race or sex or religion. The problem that is immediately obvious is that different areas of the world are suffering at different rates. Typically, when you’re giving international assistance, you give it to the people who are suffering most.

How did you choose the three ethical underpinnings you used to develop the Fair Priority Model?

Well, we didn’t choose them. These are fundamental ethical values that go back to Socrates. You can see them in almost every country in the world. They’re what are often called overlapping or common principles. Everyone thinks you should limit harm and benefit people, and that’s a moral obligation. It’s been well articulated that we should help the disadvantaged. And we all have a sense that people want to be treated equally; we shouldn’t discriminate against people. We were looking for principles that are commonly accepted, no matter what your particular ethical view [is].

How does the SEYLL metric fit into those values?

When you have a set of ethical values, what are the distribution conclusions you can draw from them? We argue that these values suggest three phases of vaccine distribution, based on things such as how severe the harm is, if it’s reversible or whether you can compensate people in other ways if you don’t distribute vaccines to them. In that analysis, death is devastating—you can’t compensate someone after they die. It’s clearly irreversible.

Our top priority in phase 1 should be minimizing the number of deaths, both directly from COVID-19 and indirectly because of the health care system being overwhelmed. In phase 2, we also want to minimize economic and social dislocations, which can be serious and devastating; they can last a long time and be irreversible. But they can be compensated in other ways, so they ought to be addressed.

We asked what metrics best embody those phases, and that’s how we got to SEYLL, because it takes into account how many years you live, compared with the world average, and it’s a uniform measure across countries.

What future lessons for other global crises can be informed by this framework?

I think this framework has wide applicability to other pandemics, in the sense that it clearly defines what the core ethical values are, how we should think about harms that come out of a public health crisis and what goals we should try to realize. We have to be tied to the facts of a pandemic—this is not ethics divorced from empirical data. Theory and practice work hand in hand, and the epidemiology is going to determine hotspots and where you distribute the vaccine first.

These ethical values are broad, and we need to include them as we think about common problems such as climate change. One of the important things this framework shares with climate change is it’s forward-looking. We need to work to ameliorate problems that are coming, not try to say who’s to blame and put the onus on them to fix it. It’s a very important orientation: let’s look to the future and solve the problem going forward. 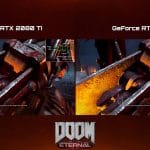 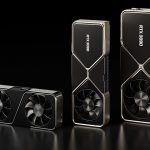