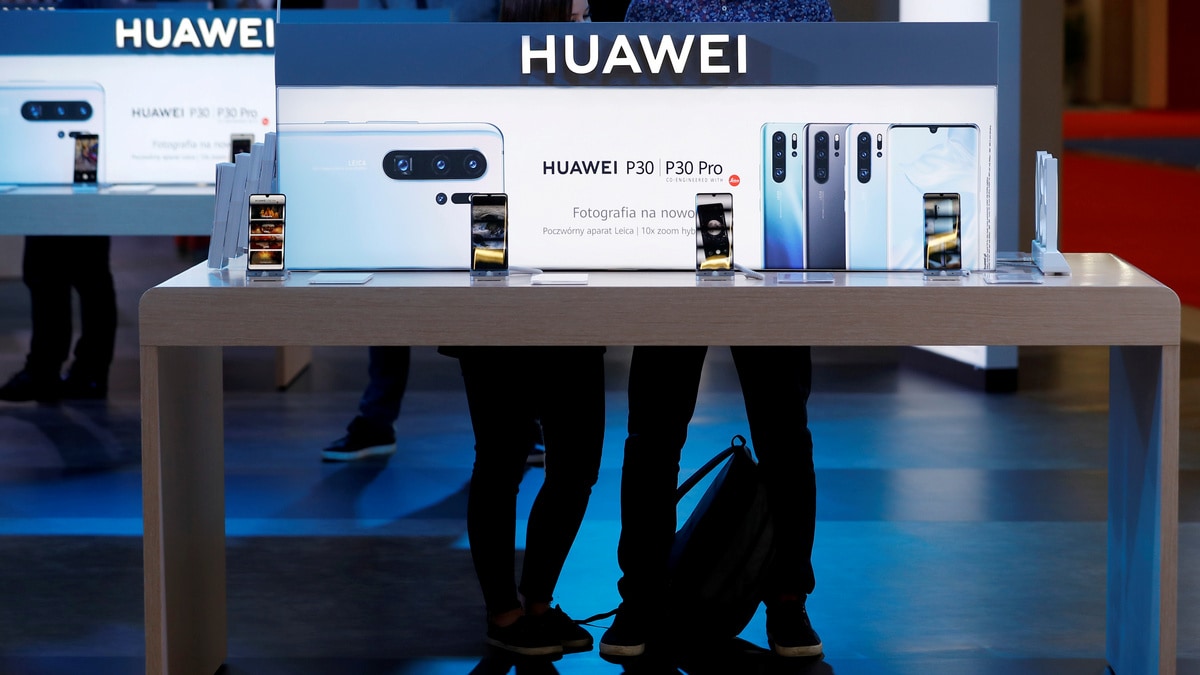 Telecom giant Huawei reported double-digit revenue growth for the first half of the year on Monday as it appeared to have recovered from a sales slump seen after the coronavirus pandemic broke out in its home country China.

The sales figures came just as the British government was poised to make a crucial decision on Huawei’s involvement in the UK’s future 5G telecoms network.

The CNY 454 billion (roughly Rs. 4.88 lakh crores) first half revenue figure — up 13.1 percent year-on-year — pointed to a sharp uptick in sales for the second quarter, after first-quarter revenue came in at just 182.2 billion yuan, a mere 1.4 percent increase year-on-year.

Analysts had blamed the slowdown in the first three months of 2020 on the virus fallout on business, and on US-led efforts to contain the company’s involvement in foreign telecom networks.

Washington has lobbied allies to shun Huawei over suspicions that its telecoms gear could contain security loopholes that allow China to spy on global communications traffic.

The COVID-19 pandemic emerged in China in December before spreading globally.

Also reporting a net profit margin of 9.2 percent for the first half, Huawei said communications technologies were both a tool for combatting the coronavirus and an engine for recovery of the world’s battered economies.

But despite the improvement in the latest figures, Huawei’s sales growth of 23.2 percent was still well below that seen a year earlier.

Huawei is the world’s top supplier of telecom networking equipment and number-two smartphone maker behind Samsung.

“As countries around the globe are grappling with the COVID-19 pandemic, information and communications technologies (ICT) have become not only a crucial tool for combatting the virus, but also an engine for economic recovery,” Huawei said in Monday’s statement.

The company said it “reiterated its commitment to working with carriers and industry partners to maintain stable network operations, accelerate digital transformation, and support efforts to contain local outbreaks and reopen local economies”.

Allegations that Huawei has both the capacity and willingness to spy on users of its telecom networks on behalf of China have placed the company at the centre of a global controversy about how much access is should get as many countries prepare to roll out super-fast 5G technology.

Analysts say Huawei’s 5G equipment is both more advanced and cheaper than anything the competition can bring to the table.

British Prime Minister Boris Johnson will reportedly decide this week whether to phase out the Chinese tech giant’s equipment from the UK’s 5G network.

The government had already pledged to cut the firm out of the most sensitive “core” elements of 5G that access personal data.

Reports say Johnson has received a damning security agency reassessment about the long-term safety of Huawei.

The British review was triggered by new US sanctions that blocked Huawei’s access to US chips and semi-conductors at the heart of 5G networks.

On Monday, the head of British telecom operator BT said it would be “impossible” to remove Huawei’s equipment from Britain’s current infrastructure in under 10 years.

BT chief executive Philip Jansen warned that Britain could suffer “outages” and potential security risks if the sector was forced to stop dealing with the Chinese firm.

Huawei, which denies all spying charges, urged Britain last week not to rush into taking any costly decision to phase out its equipment because of US sanctions.

Also last week, China urged France to guarantee a “fair and just” environment for its companies after Paris decided to restrict licenses for telecom operators using 5G technology from Huawei.