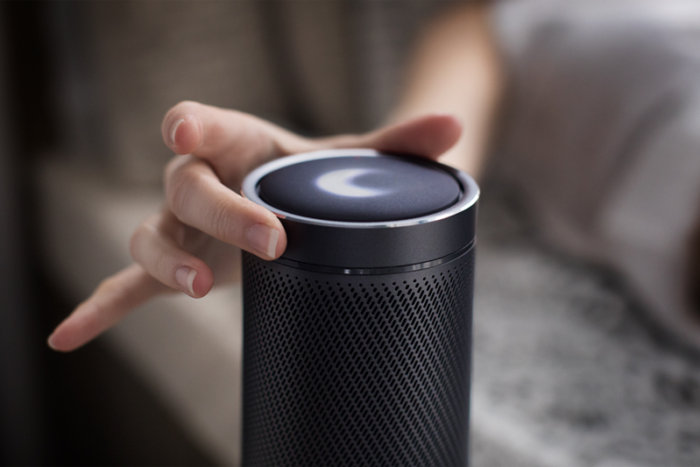 In February, Microsoft revealed that it would be slowly phasing out Cortana functionality in mobile and other devices, implying that the third-party Harman Kardon Invoke would be among them. On Friday, Microsoft clarified that these changes will occur in early 2021, including the Invoke—but the company will offer gift cards of up to $50 to sweeten the deal.

Microsoft said Friday that it is eliminating the third-party Cortana skills—Cortana plug-ins that could be used to ask for a Fitbit activity summary, for example—by September 7. In January, 2021, the mobile Cortana app for iOS and Android will stop working.  And in “early 2021,” Microsoft says, the Cortana functionality for the Invoke will also cease to exist.

There’s also one more, unexpected change to Microsoft’s device integration. Microsoft said it plans to remove most of the Cortana functions from the first-generation Surface headphones as well.

Microsoft has publicly shifted Cortana from the general-purpose assistant she was when Windows 10 launched to a business-minded AI, or a “transformational AI-powered assistant experience,” as Microsoft now puts it. Perhaps more importantly, Cortana is being repositioned not as an AI that powers Microsoft’s Surface and other hardware, but as part of Microsoft’s other services. “Microsoft is on a journey to bring Cortana to Microsoft 365 experiences to help you stay connected and productive—efficiently and securely,” the company explained it in one of its support documents describing the new changes.

What Cortana going away means for the Invoke

Andrew Shuman, the corporate vice president in charge of Cortana, told PCWorld in May that Invoke users mostly played music, rather than use it as the smart speaker Microsoft originally envisioned. “With the Invoke, all we saw with any reliability was playing music,” Shuman said. “And honestly, it was ‘play artist’ or ‘play genre’ because people can’t remember the right way to say a song title or an album name or any of these things.”

The changes to the Invoke will be made via a firmware update that will roll out around the end of January, 2021, Microsoft said. That update will remove the Cortana functionality, but will be designed to transition the Invoke from a “smart” to a “dumb” speaker—leaving all of its capabilities intact, but connecting via Bluetooth instead.

“The firmware update will be delivered automatically to devices connected to WiFi within six months of its release,” Microsoft said, not specifying what would happen if the Invoke wasn’t connected to Wi-Fi for six months. “Once the Invoke is updated, Cortana will no longer be accessible on the device.” The Invoke can be updated further via the Cortana Device Setup app on Windows 10.

In any case, Microsoft said it would offer a $50 gift card to Invoke owners, with one catch: You must have triggered the Cortana functionality after July 31, 2019, and before Microsoft’s announcement on Friday. If that’s the case, you can visit the Invoke/Cortana support page and then apply for a gift card at the redemption site. You’ll need to supply the Invoke’s MAC address, which is printed on the bottom of the unit.

Microsoft is also offering a $25 gift card to those who bought the first-generation Surface Headphones, with the same proviso: You must have used the headphones to launch a voice request after July 31, 2019, and before today’s announcement.

With the Headphones, the Cortana integration will be diminished, but not entirely gone. In a support document, Microsoft describes the changes: When using your Surface Headphones with Android and iOS devices, you won’t be able to activate Cortana by saying, “Hey Cortana,” or by touching and holding the touchpad on either ear. That same functionality applies to Windows 10 PCs running the May 2020 Update. However, you will still be able to touch and hold the touchpad on your Surface Headphones or say, “Hey Cortana,” to activate Cortana to do things like check your calendar, set a reminder, and add to your to-do lists.

Likewise, because the mobile Cortana app is being retired, you won’t be able to use it to update the Headphones. The Surface Audio app (iOS, Android, Windows) will replace it.