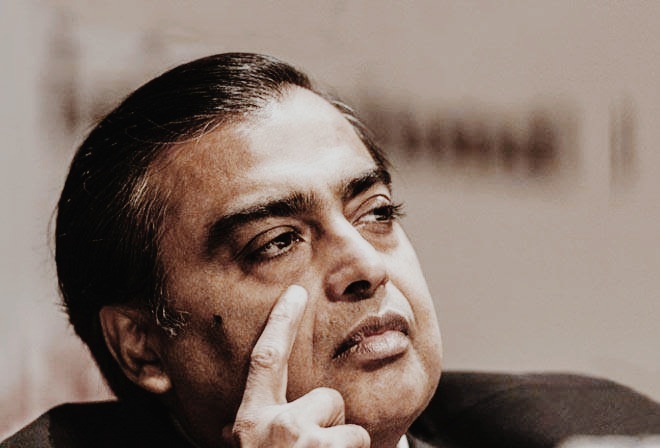 Mukesh Ambani was the second richest person in Asia with a networth of $57.9 billion until February 19 ‘20. However, his net worth fell to $40 billion (March 12).

Nearly three-fourths of RIL’s profit comes from oil and petrochemicals.

According to the Bloomberg Billionaire Index, Mukesh Ambani was the second richest person in Asia with a networth of $57.9 billion until February 19 ‘20. However, his net worth fell to $40 billion on March 12.

losing its tag as India’s most valued company to TCS. As a result, Ambani also lost $5.8 billion of his personal wealth on March 9, according to the Bloomberg Billionaire Index.

Until few weeks back, Hurun calculated his riches at $67 billion as the world’s ninth-richest man along with Steve Ballmer, the former Microsoft head.

Ambani, however, has bigger problems. While his telecom and retail businesses are going strong, his oil refining business is directly linked to the price of crude oil.

As much as three-fifths of RIL’s operating profits come from oil and petrochemicals, according to Bloomberg Quint. And crude oil is hostage to the ongoing price war initiated by Saudi Arabia against Russia and US, keeping RIL’s shareholders on the edge.

Making matters worse, projections of an impending global economic recession are increasing and that is bound to affect one and all. Indian stock markets have lost at least ₹33 lakh crore in a month as fears of a Coronavirus-led slowdown are fast spreading. As of March 13, there are 75 confirmed cases in India, according to worldometer.