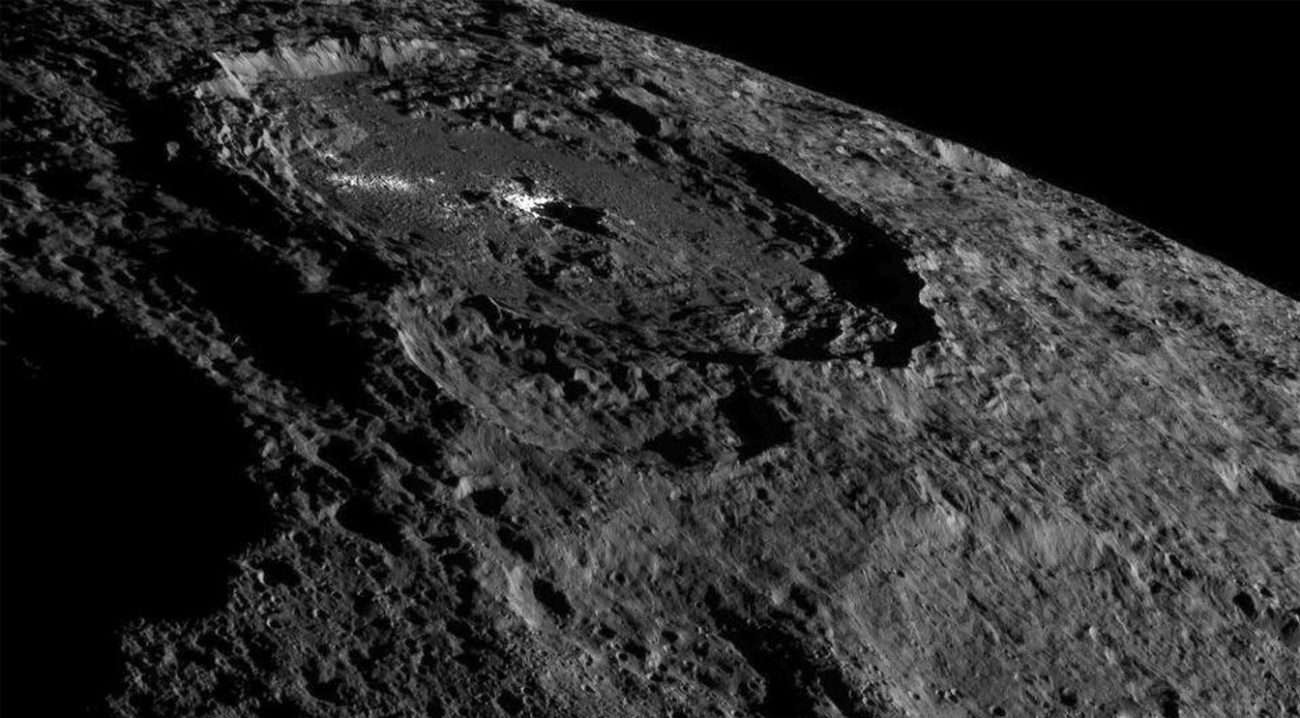 Scientists considered Pluto to be a planet when it was discovered, but it later became the first dwarf planet. It’s not the closest one to Earth, though. Ceres is a dwarf planet and the largest object in the Great Asteroid Belt, and it has a new distinction today: ocean world. The latest data from NASA’s Dawn mission proves the almost-planet has a vast repository of salty water hiding below its surface. That makes it a possible home for life in the solar system.

NASA’s ion engine-powered Dawn spacecraft visited Ceres in 2018, getting as close as 22 miles (35 kilometers) from the surface. Images from Dawn’s approach stirred interest when they showed several bright spots in the 57-mile (92 kilometers) Occator Crater. The entire planetoid is only 590 miles (950 km) in diameter, so this crater is quite prominent.

Researchers working on the Dawn mission used geomorphology and topographical data to nail down the origin of the spots once and for all. We now know that the bright spots are a result of salt crystallization on the surface, and these deposits are young — from within the last few million years. The high-salt brine would evaporate in a few hundred years, but the crater itself is about 22 million years old. Scientists know the salt deposits are younger because Ceres is frequently hit by smaller asteroids that would darken the reflective surfaces over time. This false-color image from Dawn highlights the recently deposited salt.

The team identified two sources of salt deposits on Ceres. The first was a slushy pool of brine just below the surface. Ceres doesn’t have any internal geological heating, but the impact that formed Occator Crater liquified the water. That puddle cooled after a few million years, but the impact also produced fractures that extend deep into the surface. The fractures intersect a larger, long-lived reservoir of brine further down. Over time, that allowed more brine to seep up to the surface where it evaporated and left behind more salt.

So, Ceres is an ocean world, at least to some degree. All we can say right now is that its reservoir of salty water is regional, but it might be more expansive. This raises the question of whether life could survive on Ceres. The high salt content might not be pleasant for most organisms, but there are hearty microorganisms on Earth that don’t mind extremely high salt environments. Maybe there’s something like that living in the oceans of Ceres, too.