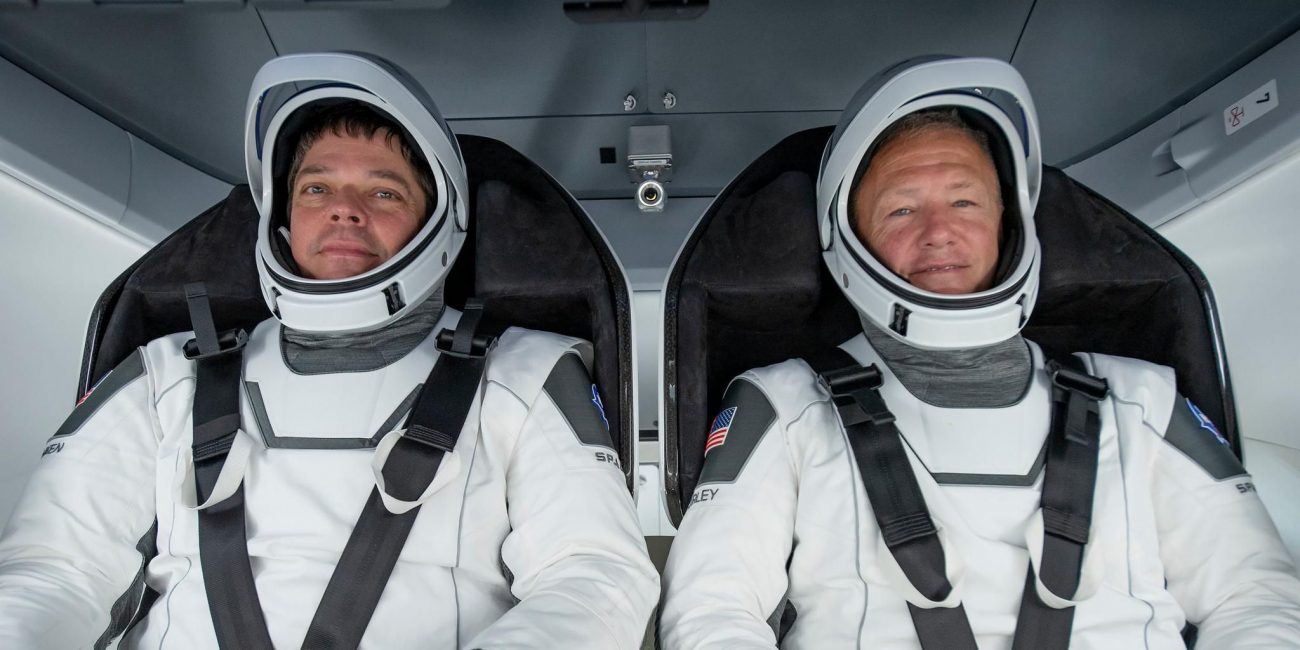 NASA, SpaceX to move ahead with historic first flight despite coronavirus

NASA administrator Jim Bridenstine told reporters Friday that the first-ever launch of astronauts to the International Space Station aboard a SpaceX spacecraft, an event set for May 27, is “a priority” for the space agency.

It’s a statement you’d expect to hear from the head of NASA, but it carried special meaning during the first of three Friday press conferences by the agency, because of the setting where Bridenstine spoke. The administrator joined the teleconference from his home in Tulsa, Oklahoma, rather than NASA’s headquarters due to the coronavirus pandemic that has many Americans working from home.

Much of daily life across America is currently shut down because of COVID-19, the disease caused by the virus. But both SpaceX and NASA say they’re on target to send humans to orbit from American soil for the first time since the end of the Space Shuttle program in 2011.

The mission, dubbed Demo-2, will see NASA astronauts Doug Hurley and Bob Behnken blast off from Kennedy Space Center in Florida inside a Crew Dragon capsule atop a Falcon 9 rocket. The pair will fly to the ISS, where they’ll join the crew there for a while before riding the Dragon back down to Earth to complete the demonstration mission.

SpaceX Chief Operations Officer Gwynne Shotwell said the company has been training and working with Hurley and Behnken for years now. She described the duo as “badass, but dads and husbands too.”

Shotwell said there’s still some work to do over the next four weeks, including a final parachute test scheduled for later on Friday, and that she’s eager for launch day to arrive.

“I’ll feel a little relief when they’re in orbit … I’ll start sleeping again when they’re back safe on the planet.”

Bridenstine said Demo-2 is an important step toward a near future in which NASA and others will greatly expand the human footprint in space. He envisions multiple commercial space stations in orbit and a permanent presence on the moon.

He said NASA has been working with SpaceX on its next generation Starship, which CEO Elon Musk hopes will one day take humans to Mars.

But first NASA has to launch astronauts on a brand-new spacecraft for the first time since 1981.

Bridenstine said the event should be cause for a spectacular celebration, but due to the pandemic, he asked people to watch from home rather than coming to Florida to try to catch the launch in person.

“I’m asking people not to travel to the Kennedy Space Center,” he said. “That makes me sad to even say it.”

NASA is hosting two other press events Friday, with program managers from the agency and SpaceX going into more detail about the mission. The final press event, scheduled for 11 a.m. PT, will allow reporters to ask questions of Behnken and Hurley. You can watch it all via the CNET live feed above.