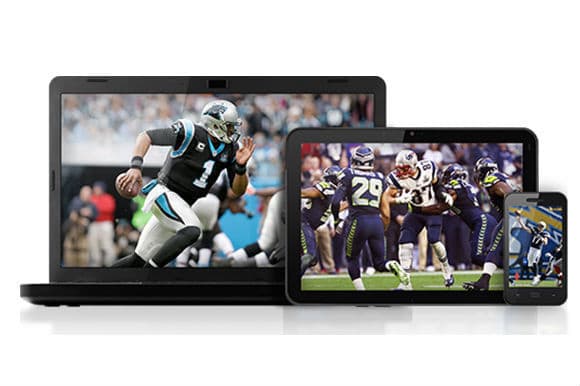 The NFL has never wavered in its promise to start its season on time, despite the coronavirus pandemic. But much beyond that remains unpredictable. Football is a much higher contact sport than either basketball or baseball, and while the NBA hasn’t had a case of COVID-19 penetrate its social bubble, MLB has had several series of games cancelled due to team outbreaks.

Also, the NFL is bucking the protocol set by other leagues of playing in empty stadiums; several teams have committed to allowing at least some fans in to watch the games, with the Miami Dolphins announcing they’ll let 13,000 folks into the stands for their Sept. 20 home opener.

All things considered, your home remains the safest place to watch the 2020 season. The NFL has steadily embraced streaming over the last few years, and there are now more ways than ever to get your gridiron on when the season gets underway on Thursday, September 10, with a matchup between Houston Texans and the Kansas City Chiefs.

Here’s our guide to all your streaming options.

Unlike the NBA, NHL, or MLB, the NFL plays a simple 16-game schedule with each team playing one game a week. That lends itself to fairly predictable TV programming. The league splits the Sunday afternoon telecasts by conference: AFC games air on CBS at 1:00 p.m. and 4:05 p.m. ET, and Fox runs the NFC games at 1:00 p.m. and 4:25 p.m. ET.

This year, 11 of 14 Thursday Night Football broadcasts will be broadcast on Fox and simulcast on the cable-only NFL Network. The league’s flagship channel retains sole ownership of the remaining three games.

That leaves out only the iconic Monday Night Football game on cable-only ESPN, to which you can get access via one of the streaming options below.

If this abundance of TV offerings has your head swimming like you just took a bone-crushing hit from J.J. Watt, check out 506Sports.com or Sports Media Watch. Each site lists which game is on what channel for each week of the season. Bookmark them for easy access.

Even if you don’t have a cable subscription or a TV antenna, you still have plenty of options for catching all the pro pigskin action. Streaming options continue to expand each season, offering plenty of ways to tailor your viewing. But while we highlight what each service offers, the availability of individual channels’ live content can vary by market. It pays to check via each service’s website to see what it offers in your area before subscribing.

AT&T TV Now, formerly DirectTV Now, offers CBS, NBC, Fox, and ESPN in its $55-per-month Plus package. Unfortunately, it looks like NFL Network was a casualty of the company’s recent channel slashing.

CBS will continue to stream its NFL telecasts to subscribers of its $6-per-month CBS All Access service. And Amazon will stream through Amazon Prime Video all the Thursday Night Football games broadcast on Fox. If you don’t want to shell out the $119 annual Amazon Prime membership fee to get access to Amazon Prime Video, you can still catch those games as they’ll be streamed live for free on Amazon-owned Twitch.

Both Hulu with Live TV and YouTube TV will give you all the season’s Sunday games and Monday Night Football—but not NFL Network—for a $55 or $65 monthly subscription respectively.

FuboTV will give you CBS, FOX, and NBC for all Sunday games, plus NFL Network for Thursday’s in its Family package, which costs $65 per month. For an additional $11 per month, you can also get NFL RedZone via the service’s Sports Plus add-on. Hosted by Scott Hanson and existing only for about a seven-hour window each Sunday, RedZone airs nothing but the day’s highlights (mostly touchdowns, as the name suggests) at a frenetic pace that perfectly evokes the adrenaline rush of a game-winning drive

Sling TV’s live NFL offerings are divided between their two channel packages: Sling Orange includes ESPN, and Sling Blue has FOX and NBC. Each one will cost you $30 a month, so that’s $60 per month to get those three channels. Sling used to offer a discounted combined package called Sling Orange & Blue, but that’s been discontinued. As well, Sling TV no longer carries ABC or NFL Network, making this a less appealing option for football fans than in past seasons.

NFL Game Pass lets you watch all out-of-market pre-season games live, and you can replay every regular-season game after its conclusion. If you can live without seeing the action, you can opt for live localized radio broadcasts from wherever you have broadband access.

NFL Game Pass also gives you a couple of unique ways of watching concluded games: You can see a condensed view of the game, which summarizes all the action into about 45 minutes, or you can view Coaches Film, which shows the game from your choice of two camera angles: The All 22 and the High End Zone. The All 22 camera is positioned high above the field to capture all 22 players at once. The High End Zone camera is positioned on either side of a field, high above the goal posts and behind the end zone. This camera angle shows what the play looks like as game action is happening coming toward (or going away from) the end-zone camera.

NFL Game Pass costs $100 for the season. In addition, mobile apps are available for most streaming platforms, including Amazon Fire TV, Android TV, Apple TV, PlayStation 4, Roku, and Xbox One.

While that represents just a tiny fraction of all Super Bowl viewing, it shows that there is an audience willing to embrace alternatives. And if the NFL continues to make a serious commitment to live streaming, perhaps it will set new bar for broadcasting sports in the 21st century just as it did in the 20th.

Looking for even more ways to watch the game this season? Don’t miss our roundup of second-screen apps.