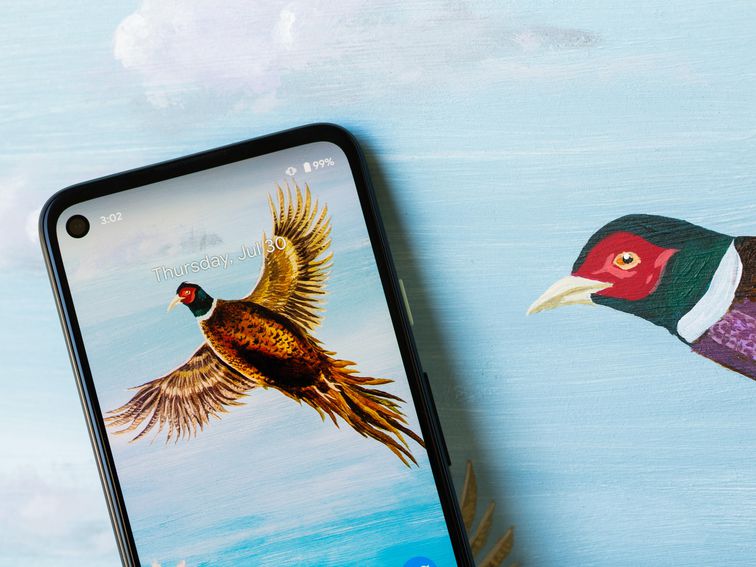 Pixel 4A review: A feature-rich budget smartphone for $349

Google on Monday revealed the Pixel 4A, which will sit alongside the Pixel 4A 5G and the Pixel 5. Though the latter two will be available at a later date, you can already preorder the Pixel 4A for $349, £349 and AU$599. Unlike in previous years, the phone only comes in one color (black) and one size (there’s no Pixel 4A XL). And for its price, the Pixel 4A has one of the best cameras you can get on a phone.

Read more: Here’s how the Pixel 4A compares to the Pixel 3A, Pixel 4 and Pixel 4 XL. And here’s how it stacks up to affordable rivals like the iPhone SE and Galaxy A51.

Amid the abundance of $400 phones that are out now, which include the iPhone SE (2020) and the Galaxy A51, the Pixel 4A’s two standout features are hard to dismiss. The fact that it has the same excellent main camera as the Pixel 4 (unfortunately, it doesn’t have the Pixel 4’s second telephoto lens) makes it the ideal phone for someone who wants to take great photos without much effort. Especially if that person doesn’t care about having a sleek design or a huge screen, both of which the Pixel 4A doesn’t have.

The Pixel 4A is about $50 cheaper than its closest competitors and has 128GB of storage, instead of 64GB like years past, so it really is a solid value. And these days, any amount of money that can be saved is crucial.

So does the Pixel 4A have the best camera on any phone? Which is to say does the Pixel 4 still have the best camera? Not necessarily, not like previous years. When the Pixel 2 came out in 2017, the delta between Google’s camera and other Android phones at the time felt pretty wide. And when the Pixel 3 introduced Night Sight, it was witchcraft-levels of impressive. But rivals such as Apple, Samsung and OnePlus have shrunk the gap when it comes to important camera features like low-light photos and zoom.

The better question to ask then, is: Is this the phone with the best camera you can get for $350? Considering that the Pixel 4A also receives prompt software updates from Google, has a long-lasting battery life (so far) and has a headphone jack — all on top of its stellar camera — I’d venture to say the answer is yes.

The Pixel 4A has the best camera for the money

The Pixel 4A’s main selling point is that it has the Pixel 4’s stellar main camera in a less expensive package. While at times the Pixel 4A’s handling of HDR effects and contrast can look unrealistic at times, the cinematic quality of its photos makes it one of the more intuitive cameras to use. And though it doesn’t have multiple rear cameras like, say, the Galaxy A51 or the original Pixel 4, it takes very little effort to get the Pixel 4A to spit out a good photo. This is what makes it fun and hassle-free to use.

Below are a few general photos in clear, outdoor light taken in the afternoon and evening. Notice the crisp, fine details and contrast.

The photo below was challenging because the camera faces directly toward the sun. And in the picture after that, I was standing in the dim shade and taking an image of the bright sun-drenched lake. Both are tricky lighting situations, but the photos came out well exposed.

Below is an example of the phone’s 7x zoom, branded by Google as “Super Res Zoom.” While the person sitting in the lawn looks muddled, the fact that I can still make them out even though they were sitting about 400 feet away is impressive.

Like previous Pixel phones, the Pixel 4A can take pictures in very low light thanks to its Night Sight feature. It also has a mode specifically for astrophotography.

The Pixel 4A takes portrait pictures with only one camera. Though these photos came out fine, there were a few others where the bokeh effect was patchy or inaccurate.

Shooting video was also great. The Pixel 4A uses a combination of optical image stabilization and software to stabilize footage. When I recorded my surroundings while walking on the sidewalk and while riding a bicycle on a paved trail, the videos were stable and smooth.

While the Pixel 3A and Pixel 3 look nearly identical, the Pixel 4A is clearly a budget version of the Pixel 4. While I like the thin bezels, the hole-punch camera and the baby blue accent on the power button — all of which keep the phone looking modern — the Pixel 4A looks and feels cheap. Its plain polycarbonate body lacks the glossiness of the Galaxy A51, the elegance of the iPhone SE and the fun Pop Art aesthetic of its Pixel 4 brother. And unlike the Pixel 4, it doesn’t have that higher refresh-rate display. This isn’t a deal-breaker as most phones have the same 60Hz screen, but it would have been a nice carryover that would have elevated the Pixel 4A’s appeal.

As someone with a small grip, I find the phone’s small size makes it comfortable to navigate — and it fits in my back pocket. I prefer a more one-handed experience, which is one of the reasons why I don’t usually opt for the “XL” versions of Pixels. So I’m glad that when Google picked one size for the Pixel 4A, it went with the smaller option.

Because the phone doesn’t have the Pixel 4’s Google Soli sensor chip for facial scanning, I used the fingerprint sensor on the back to unlock the screen, which works quickly and consistently.

Because the Pixel 4A is a budget phone and Google is launching its main Pixel 5 in the fall, it’s not surprising that the 4A doesn’t have Android 11 out of the box. Nor is it brimming with radical changes to Android 10. Instead, Google added small improvements to Android features that were already useful to begin with.

That includes expanding the phone’s live-captioning abilities, which was introduced on the Pixel 4. You can now live transcribe phone and video calls, including ones made on non-native apps such as Facebook Messenger. When I tried it on Messenger, there was a lag between the speech and the captioning, and not every word was transcribed 100% accurately. But other than that it worked pretty well, and I can imagine it coming in handy when I have to take a call in a noisy, loud environment. If you ever used Google’s Screen Call when it transcribes an incoming call, it works similar to that.

Real-time transcription for audio recordings, which also debuted on the Pixel 4 and is for English only, can now be prompted by voice via Google Assistant. The phrase to begin recording that Google suggests is, “Hey Google, start recording my meeting.” It’s a very specific phrase and oddly, it’s the only one that’ll work. I tried others: “Begin audio recording,”https://www.cnet.com/”Record audio,” and “Start audio recording,” but those only opened the Recorder app. I was able to stop recording by telling Assistant to stop and fortunately I didn’t have to add, “my meeting” to the command. I also found it useful that I can now save the text of these transcriptions directly into a Google Doc. As a reporter, this streamlines my own workflow

Other Pixel 4A software tidbits

The Pixel 4A features a Snapdragon 730G chipset and 6GB of RAM. On benchmark tests the Pixel 4A consistently outperformed the Galaxy A51. But, as expected, it fell behind the Pixel 4 flagship, which has a superior Snapdragon 855 processor. The iPhone SE, with its proprietary A13 Bionic processor from Apple, beat all the phones comfortably.

Anecdotally, the phone works quickly with most tasks. Unlocking the screen with my fingerprint, launching Assistant and opening apps went off without a hitch. But the Pixel 4A isn’t the smoothest phone I handled. After I downloaded Call of Duty and PUBG, I had to restart the phone because both apps stalled while loading. And every once in a while, say, an app would unexpectedly quit or I had to relaunch the camera because the on-screen shutter button wouldn’t register. Overall though, the phone works reliably, and after restarting I was able to play both of the aforementioned games without any further issues.

As for battery life, the Pixel 4A has a notably better battery life than the Pixel 4. When I used it to watch video, take lots of photos, browse the internet and similar activities, the phone lasted all day without a charge without any concerning moments of low power at any point in the day. Tests for continuous video playback on Airplane mode showed similar results. With Google’s Adaptive Battery feature turned off, the Pixel 4A averaged 18 hours, 45 minutes, which is an excellent time.

For comparison, the iPhone SE lasted about 15 hours, 45 minutes and the Galaxy A51 clocked in 16 hours, 10 minutes. The Pixel 4, which had a disappointing battery life for its caliber, powered off after 10 hours. We’re going to conduct more battery tests on the Pixel 4A with streaming video. When the results are in, I’ll update this review and its final rating.