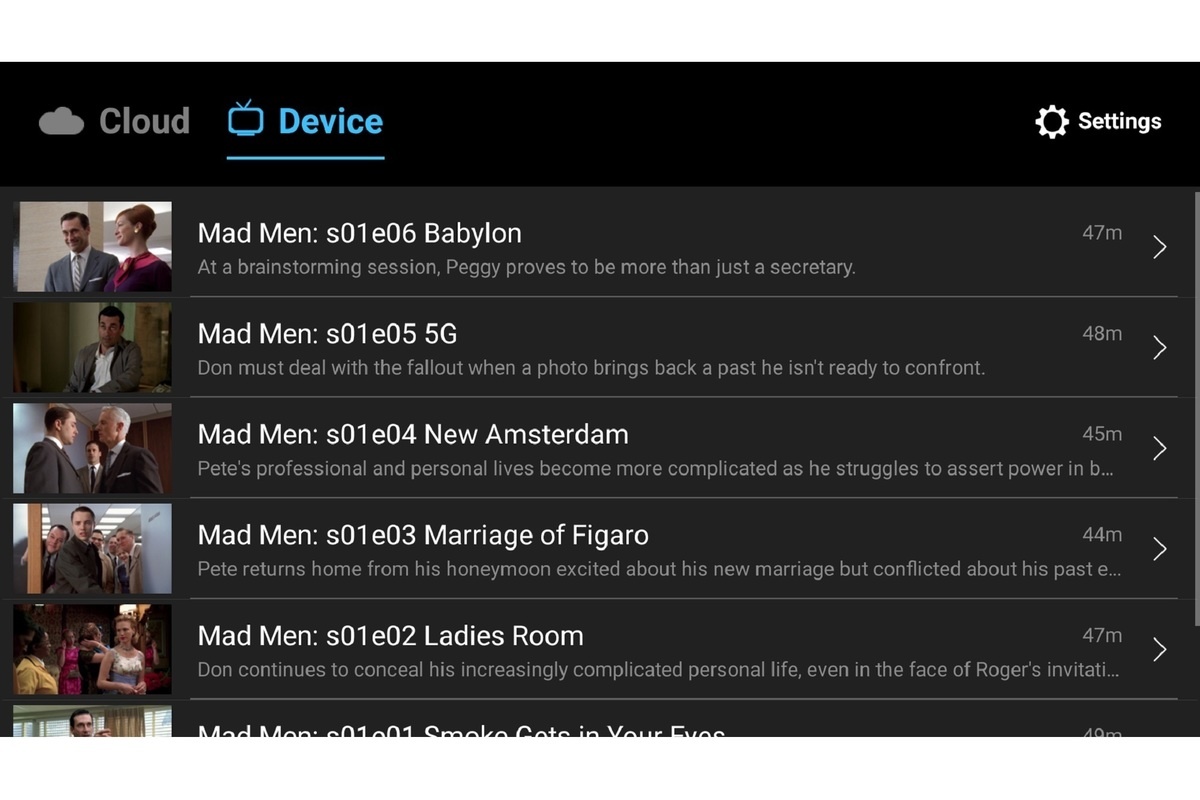 While streaming video has a lot of things going for it, watching TV offline isn’t one of them.

Streaming services like Netflix and Hulu don’t work without internet access, and live TV services such as Sling TV and YouTube TV come with cloud-based DVRs that only work online. Those requirements can be a problem for some potential cord-cutters, particularly those who don’t have fast, dependable internet service at home.

That’s what makes PlayOn’s new Android TV app so intriguing. With certain streaming devices, such as Nvidia’s Shield TV or the new TiVo Stream 4K, you can record shows from Netflix, Hulu, Amazon Prime, and other streaming services, then download them for offline viewing. It’s a clever way to deal with internet speed limits and still have plenty to watch.

The only problem is PlayOn’s convoluted price structure, which can get expensive quickly.

PlayOn has been around for more than a decade, and I’ve covered it a few times in this column. Until now, I’ve mostly focused on its Windows software. For a one-time purchase of $70 (and often on sale for much less), that software lets you record shows from your streaming services onto a PC.

Not everyone has a dedicated Windows computer, though, so in late 2016, PlayOn launched a cloud-based version of its service. Instead of making you record shows on your own hardware, PlayOn Cloud records programs remotely, then lets you download them through its iOS or Android apps. You can then cast the videos to Roku, Apple TV, Chromecast, or Fire TV over a local Wi-Fi connection.

That approach also had one problem: Most phones don’t have ample storage for dozens of movies or TV episodes, so you had to keep most recordings online until you needed them. With the new Android TV app, you can plug an external hard drive into your streaming player, load it up with downloads, then watch them offline directly through your TV. PlayOn can record videos from more than 20 streaming sources, including Netflix, Amazon Prime, Hulu, Disney+, HBO, Showtime, Tubi, and CBS All Access. (You still need to use PlayOn’s iOS or Android apps to sign into these services and set up recordings.)

I tested this on an 2017 Nvidia Shield TV with a 128GB thumb drive, and while the interface could use some polish, I was impressed with how the software worked. PlayOn presents a simple, two-part menu, indicating which recordings are stored online with PlayOn, and which ones are on the device itself.

Once you’ve downloaded some videos, you’ll also see a “Home” tab in PlayOn’s iOS and Android apps, listing everything that’s stored on your Android TV player. Hit the cast icon on the top-right corner of the app, and you can stream videos from Android TV to other devices such as Roku or Chromecast over Wi-Fi, with no internet connection required.

It’s also worth noting that PlayOn’s recordings are stored as MP4 files, which you can freely access through the Android TV file system. (They’re stored under android/media/com.playonrecorder.cloudapp on whatever storage drive you’re using.) I tried pointing my Shield TV’s Plex server to that directory, and was delighted to see all of PlayOn’s recordings show up in my media library. Combining PlayOn recordings with Plex’s over-the-air DVR could lead to some really interesting possibilities.

There is one caveat to point out: All of PlayOn’s recordings max out at 720p. That’s not really a problem for broadcast and cable shows, but if you’re hoping to record Netflix or Disney+ shows in 4K HDR, you’ll be disappointed.

The price is a problem

So what’s the catch? As I mentioned earlier, all that cloud computing doesn’t come cheap, so you might end up paying a lot to record a large library of movies and shows.

PlayOn charges for its cloud services in two ways: One is based on the total number of recordings you create, and the other is based on how much data you keep on PlayOn’s servers at any time.

PlayOn’s $5-per-month plan, for instance, gives you 20 recording “credits” per month—with one credit equaling a single TV episode or an entire movie—and lets you store up to 100GB of video at a time. You can avoid hitting the storage limit by downloading videos and deleting them from the cloud, but the number of credits per month is absolute.

PlayOn also sells bundles of additional recording credits. A bundle of 100 credits, for instance, costs $25, while 200 credits costs $40. You can either use these credits in conjunction with a storage plan or on their own. In the latter case, you only get seven days to download each recording before PlayOn deletes them for good.

This is the kind of thing that makes more sense once you start using it, but PlayOn’s cloud plans are a lot to take in at first glance, and they’re much more expensive over time than PlayOn’s flat-rate PC software. That’s why I’ve largely ignored the cloud component until now.

Still, I can see some scenarios in which PlayOn Cloud might work out. Recording all 201 episodes of The Office from Netflix, for instance, would cost a little over $40 in PlayOn credits. That’s less than half the price of the complete series on DVD, and it’d be cheaper in the long run than paying for NBC’s Peacock service, where The Office is headed in 2021. PlayOn’s recordings are also yours to keep forever, even if you stop subscribing to the streaming service they came from PlayOn itself.

Besides, there some folks for whom downloads are the only practical option. If your internet speeds are too slow for streaming HD video, PlayOn is the only option short of outright piracy that lets you download first and watch offline later. Even streaming services that support offline viewing, such Netflix and Amazon Prime, relegate the feature to mobile devices, so you can’t watch on a larger screen.

You might have to break out a calculator and a spreadsheet to figure out if PlayOn cloud makes financial sense; but if it does, it’s a powerful way to record streaming videos for later.

Sign up for Jared’s Cord Cutter Weekly newsletter to get more cord-cutting news, insights, and deals delivered to your inbox.