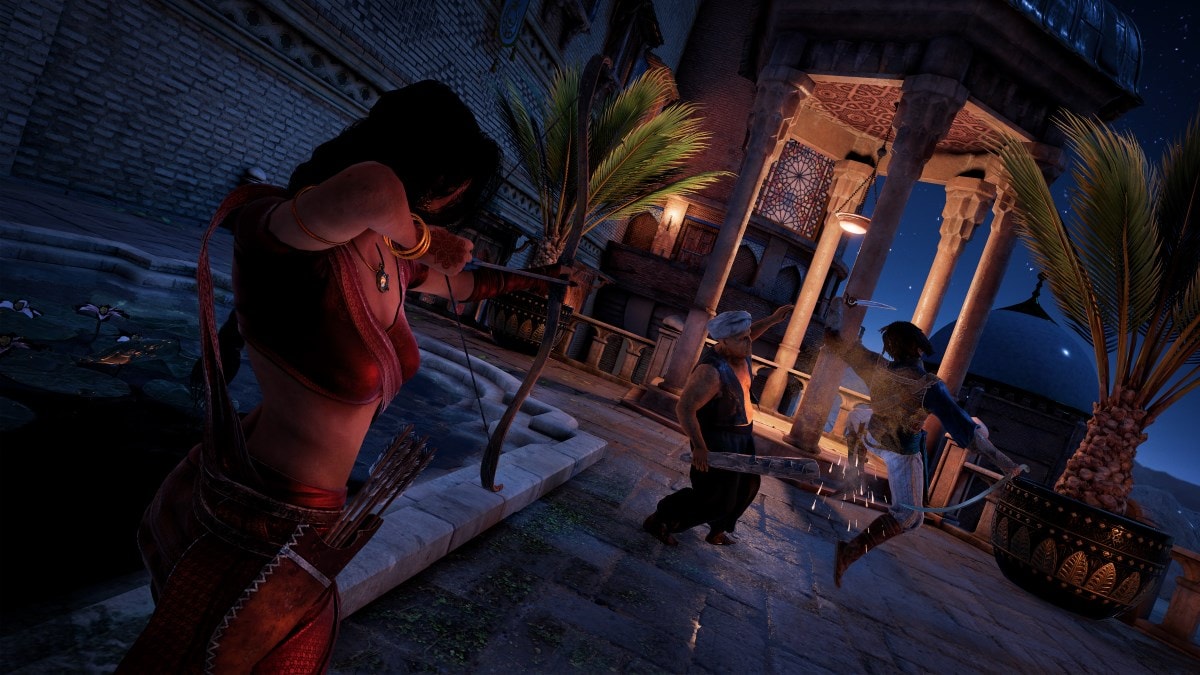 Ubisoft had a slew of announcements to make at Thursday’s Ubisoft Forward, including a remake of 2003’s Prince of Persia: The Sands of Time, the return of Scott Pilgrim vs. The World: The Game, and a free next-gen upgrade for Tom Clancy’s Rainbow Six Siege. Additionally, it revealed three new IPs that will be released between October and February 2021: a VR space exploration game called AGOS, a Greek mythology epic from the makers of Assassin’s Creed Odyssey, and an extreme sports multiplayer playground set in the American national parks. And lastly, we got more details on the upcoming Watch Dogs: Legion and Just Dance 2021. Here’s everything you need to know.

Prince of Persia: The Sands of Time Remake

Ubisoft Pune and Ubisoft Mumbai are working on this remake of the 2003 original, which Ubisoft claims is its “first ever full-scale remake”, developed with the Anvil game engine. It will allegedly have a “fresh approach” to combat, puzzles, and the game’s central feature: time rewind. You will get to witness cinematic sequences made from the ground up and play from new camera angles.

And it has the first Prince of Persia game from 1989 hidden inside it, which you’ll be able to unlock during your journey. Some things stay the same: Yuri Lowenthal is the voice and actor for the titular Prince. He is joined by Supinder Wraich, who plays Princess Farah.

Scott Pilgrim vs. The World: The Game – Complete Edition

In celebration of its 10th anniversary, Ubisoft is bringing back the beloved 2D arcade-style beat ’em up game that was inspired by both the graphic novel and the Edgar Wright movie. Scott Pilgrim creator Bryan Lee O’Malley delivered the retro cut-scenes for the game, with Paul Robertson working on the 8-bit animation, and Anamanaguchi as the composer.

It will also include access to the Knives Chau and Wallace Wells downloadable content (DLC). Scott Pilgrim vs. The World: The Game – Complete Edition will allow you to play co-op with three friends locally or online.

Rainbow Six Siege is turning into one of the few truly cross-gen games as it arrives on PS5 and the Xbox Series family in 4K or up to 120fps later in 2020. Not only will your existing progress and in-game content cross over if you upgrade to next-gen consoles, you will also be able to play across devices within the same umbrella. That means PS4 and PS5 owners can play together, as can those on Xbox One and Xbox Series X or Series S.

And better yet, Rainbow Six Siege is free on PS5 and Xbox Series family for those who already own it. Fro those that don’t own it, it will still cost as much on next-gen consoles as it does now on PS4 and Xbox One. If you’ve been meaning to pick it up, it’s currently on sale at Rs. 599 on PlayStation and Microsoft Store.

The original Watch Dogs protagonist Aiden Pearce and British musician Stormzy are comign to the next Watch Dogs game. Stormzy will ask players for help in a special mission that involves his new album Heavy Is the Head. Pearce arrives as part of the Season Pass as a fully-playable character and a dedicated story arc.

The nine new tracks announced for Just Dance 2021 include “Blinding Lights” by The Weeknd, “Without Me” by Eminem, “Till The World Ends” by The Girly Team, “The Weekend” by Michael Gray, “Samba de Janeiro” by Ultraclub 90, “Runaway (U & I)” by Galantis, “Bailando” by Paradisio Ft. DjPatrick Samoy, “Dibby Dibby Sound” by DJ Fresh & Jay Fay Ft. Ms Dynamite, and “Boy, You Can Keep It” by Alex Newell.

The next game from the makers of Assassin’s Creed Odyssey — Ubisoft Quebec — is an open world action adventure that borrows heavily from Greek mythology. You play as winged demigod Fenyx on “a quest to save the Greek gods and their home from a dark curse.” On your journey, you will face the likes of Cyclops, Minotaur, and Medusa. And you will be helped by weapons such as the Sword of Achilles, Bow Odysseus, and Wings of Daidalos. Formerly known as Gods & Monsters.

Riders Republic will offer multiple modes where you can team up or against friends. More than 20 players will be seen at one time on current-gen consoles, and over 50 on next-gen consoles.

AGOS: A Game of Space

The third and final new game announced at Ubisoft Forward is a VR space exploration adventure that will send you on an interstellar journey across eight stellar systems. You play as an AI guiding the last ship to leave Earth in search of a new habitable planet. You will need to scavenge resources, unlock technologies, build space probes, upgrade your ship, and face what space throws at you as you look for a new home.