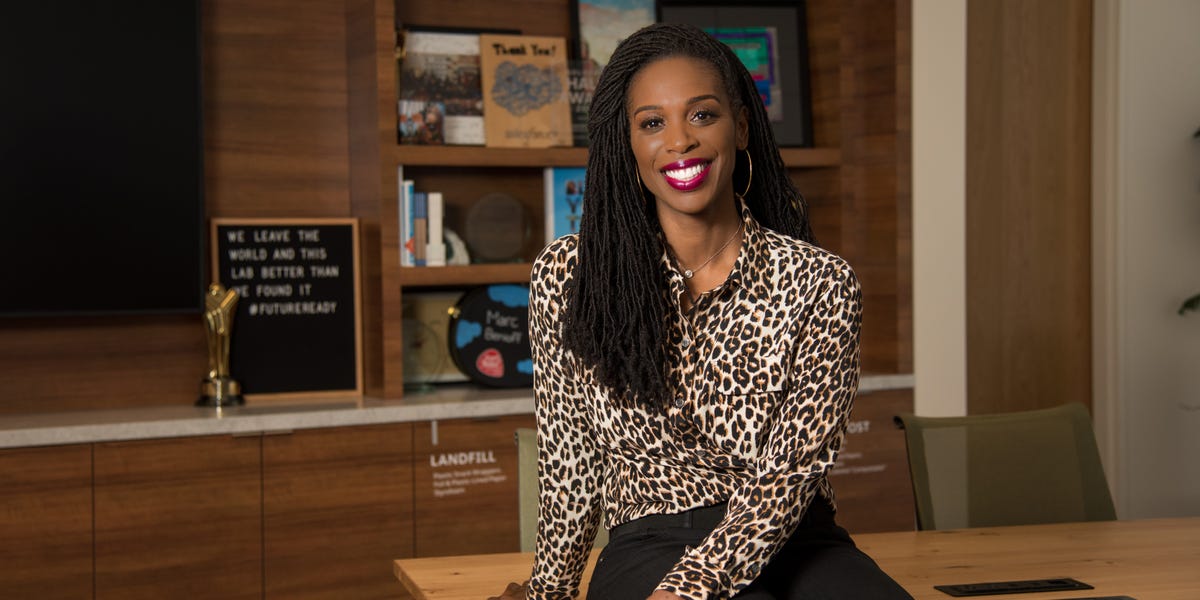 Salesforce’s Ebony Beckwith on how companies can affect real change

Salesforce CEO Marc Benioff has always touted business as a powerful platform for change. As an activist CEO, he’s taken a stand on issues including LGBTQ rights, homelessness, and climate change.

Salesforce also famously uses what it describes as the “1% model,” meaning that it dedicates one percent of its product, its resources, and its employees’ time to charitable causes. That combination is important because the company believes that philanthropy has to be accompanied by action in order to make real change, especially during a time of crisis, said Salesforce’s chief philanthropy officer Ebony Beckwith.

The company has been keenly focused on that approach recently as the coronavirus pandemic has brought many social, economic, and racial inequities to the forefront, alongside a widespread reckoning over systemic racism in the US over the past month after the deaths of Breonna Taylor, George Floyd and other Black people who have been killed by police. Salesforce recently announced a series of steps to address equality and racial justice both inside and outside the company, including more inclusive hiring — in leadership and across the company — and donating money to underserved communities.

“It’s dollars plus action. Philanthropy alone is not going to solve it,” Beckwith told Business Insider. “Philanthropy continues to be a core part of our values, so we’ll continue to give to organizations, but I think it needs to be measured and accompanied by other bold actions.”

Improving corporate diversity and tackling systemic racism are enormous societal tasks, but companies can and should try to effectively drive change by taking both internal and external steps, Beckwith said. Corporations like Salesforce are part of a larger global community and the actions they take can help move the needle on systemic issues.

The key to being an effective corporate change-maker is to constantly keep the company’s values at the forefront of all discussions, Beckwith said. The on-going pandemic paired with civil unrest over systemic racism has made this an uncomfortable time for people, but addressing issues requires talking about them, she said. In recent weeks, Salesforce has initiated conversations with employees about systemic racism, unconscious bias, and how to be an ally, including some outward-facing events that customers and partners can also attend.

To drive it’s actions around equality and racial justice, Salesforce formed a task force that includes company leaders  from its equality, recruiting, procurement, and government affairs teams, like Beckwith and Salesforce’s head of equality and recruiting Tony Prophet. The task force itself is one way Salesforce plans to keep the conversation going, as it provides updates to employees and externally to the actions its outlined.

One benefit of asking employees to dedicate time to philanthropy and volunteering is that employees are kept aware that there is always more to be done both outside and inside the company and, as a result, feel empowered to help drive change. For example, an employee recently reached out to Beckwith’s team about how to do more to help those impacted by the pandemic. After several discussions, Salesforce launched a new partnership with the nonprofit Eat. Learn. Play. to provide low-income, minority families in Oakland with produce from local farms, which Salesforce’s philanthropy arm jump-started with a $400,000 donation.

Leaning on employees for ideas can help spur change because the more people involved, the more ideas can be considered, Beckwith said. “Lean in to employees in the company and to leaders in the community,” she said.

Ultimately, Beckwith’s advice is simple:  “Do something. Every little bit helps.”

Got a tip? Contact this reporter via email at pzaveri@businessinsider.com or Signal at 925-364-4258. (PR pitches by email only, please.) You can also contact Business Insider securely via SecureDrop.