Samsung was one of the first companies to launch and promote portable SSDs in India. Its previous model, the SSD T5, is something of a default recommendation. It’s fast, reasonably priced, and widely available. Being the world’s biggest manufacturers of SSD flash memory, the company is also usually early to market with innovations. Samsung’s internal as well as external drives tend to be cost-effective, but we’re now at a point where multiple companies have entered the fray. Portable SSDs are starting to become commoditised, which means that other than external design, there’s very little differentiating each brand from the next.

To stay ahead of the curve, Samsung has introduced its new SSD T7 Touch which features a fingerprint sensor for security. Previous models have offered hardware encryption which is enabled using a password, so the fingerprint sensor is only a new way to use this capability, not a new level of security as it might seem. It’s still more than what many others offer though, and will be more convenient for many people.

Is the SSD T7 Touch defined only by this one feature, or is it a worthwhile update to the excellent SSD T5? Read our full review to find out. Samsung seems to have settled on simple design for its portable SSDs, and the new SSD T7 Touch represents only a slight evolution compared to the SSD T5 and the SSD T3 before it. The body is now a little flatter and a little longer, but it’s still just about palm-sized and will fit very easily into any pocket. The outer shell is made of metal and curves around the longer sides without any seams, with the shorter sides are flattened.

Weighing just 58g, this device is extraordinarily portable but doesn’t feel flimsy at all. At 8mm thick, it’s slimmer than most current smartphones. This is one of the most premium-looking portable SSDs we’ve encountered of late, but the metal exterior will be susceptible to scuffs and nicks if not handled with care. We would have liked an IP rating, like the SanDisk Extreme Pro Portable SSD boasts of. You have a choice between black and silver, both of which look good.

You might not at first realise that the square on the front is a fingerprint sensor. The border lights up with blue LEDs when the drive is plugged in and working, and there’s a spinning animation that’s not exactly necessary but looks great.

In the box, you get USB Type-A and Type-C cables that are much longer than usual, which means that plugging into the back of a desktop PC is easy. The SSD T7 Touch will work like any other storage device if you just plug it in, but you’ll need Samsung’s Portable SSD Plus software to set up encryption and fingerprint recognition. Executables for Windows and macOS are included on the drive itself, and the Android app can be downloaded from the Google Play store. Encryption on the SSD T7 Touch is achieved using 256-bit AES. It isn’t enabled by default, so you can just plug the drive in to any compatible device and use it as soon as you take it out of the retail box. Once you do install the software on any PC, you’ll have to choose a password and you’re warned that there’s no way to save data on the drive if you forget it. You can then train the device with one or more of your fingerprints, just like you would on any smartphone.

The fingerprint sensor is thankfully independent of orientation so you don’t need to position the body of the SSD any particular way. It works pretty much instantly and is extremely convenient. If you’ve ever used a phone with a fingerprint sensor, there’s no learning curve here at all.

When encryption is enabled, plugging the drive into any PC will reveal only a 50MB partition that’s big enough for Samsung’s software installers. The best part is that you don’t need to install any software on a PC you’re using temporarily – just a fingerprint will unlock the drive. We’ve seen devices in the past that require a small app to be run on guest computers to let you type in a password, and that’s all taken care of on the drive itself now. This also means you can unlock the SSD when it’s plugged into a game console or any other kind of host device.

One thing that’s missing is a timeout function – the drive will not lock itself after a period of inactivity when plugged in, and will not require the password periodically, which would have been nice. A fingerprint might not be enough security if you’re storing very sensitive material, but it’s extremely convenient if you need a deterrent to casual snoopers.

We tried using the SSD T7 Touch with a Google Pixel 3 running Android 10, and it worked just fine when plugged in using its own USB Type-C cable. Just like on our Windows and Mac test systems, only the small partition was visible till we touched the sensor. However, after decrypting the drive, our phone told us that it needed to be formatted and could not be recognised. The Samsung Portable SSD app will let you enroll and change fingerprints just like on any PC, but there’s also another identically named app that’s used for the SSD T5 and T3 and won’t recognise this model – which is just unnecessarily confusing. For storage capacity, you can choose between 500GB, 1TB, and 2TB. Samsung clearly isn’t targeting the low end of the market, and has used a fast NVMe SSD that can take advantage of the 10Gbps bandwidth of a USB 3.2 Gen2 connection (which is, confusingly, the same as USB 3.1 Gen2). You will need a relatively modern PC to be able to harness this kind of speed.

Samsung makes the ambitious claims that sequential read and write speeds are up to 1050MBps and 1000MBps respectively – very nearly double that of the SSD T5, which is rated at 540MBps. That’s still not as fast as the Samsung SSD X5 which uses Thunderbolt 3, but it’s a lot more affordable.

There’s no mention of waterproofing or shock resistance, which many other portable SSDs do boast of. The drive is said to be able to withstand falls from as high as 2m though. You also get a standard 3-year warranty.

Our 1TB review unit was formatted to the exFAT file system by default, which is broadly compatible across PCs, Macs, and other modern devices. The formatted capacity was reported as 931.51GB. We tested this SSD using an HP Spectre x360 13 aw0205tu laptop because of its current-gen hardware and high-speed Thunderbolt 3 ports to ensure zero bottlenecks.

We then moved on to the Anvil benchmark which showed read and write scores of 1,955.04 and 2,200.07 points respectively for a total of 4,155.11. Even with casual use, copying a 45.6GB Steam game folder with a variety of file types and sizes, we saw very zippy performance, and speeds didn’t fall off a cliff after a short period due to overheating or buffer saturation.

We’re seeing a new generation of NVMe portable SSDs beginning to hit the market, which is great because the standard to harness them is now available. Very few PCs feature 10GBps-capable USB ports but devices like this will fuel some demand, helping the standard spread. We recently reviewed the SanDisk Extreme Pro Portable SSD which promised similar speeds and performed slightly worse, though it does have an IP55 rating for physical protection.

Despite its speed, we think the main draw here will be the fingerprint sensor, which adds a layer of security without making life more difficult for the user. Overall, the Samsung SSD T7 Touch is more than a worthy successor to the SSD T5, bringing in a new generation of hardware with better speed and features – though at a much higher price, at least for now. 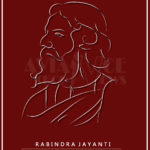 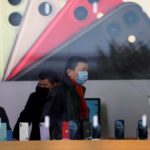