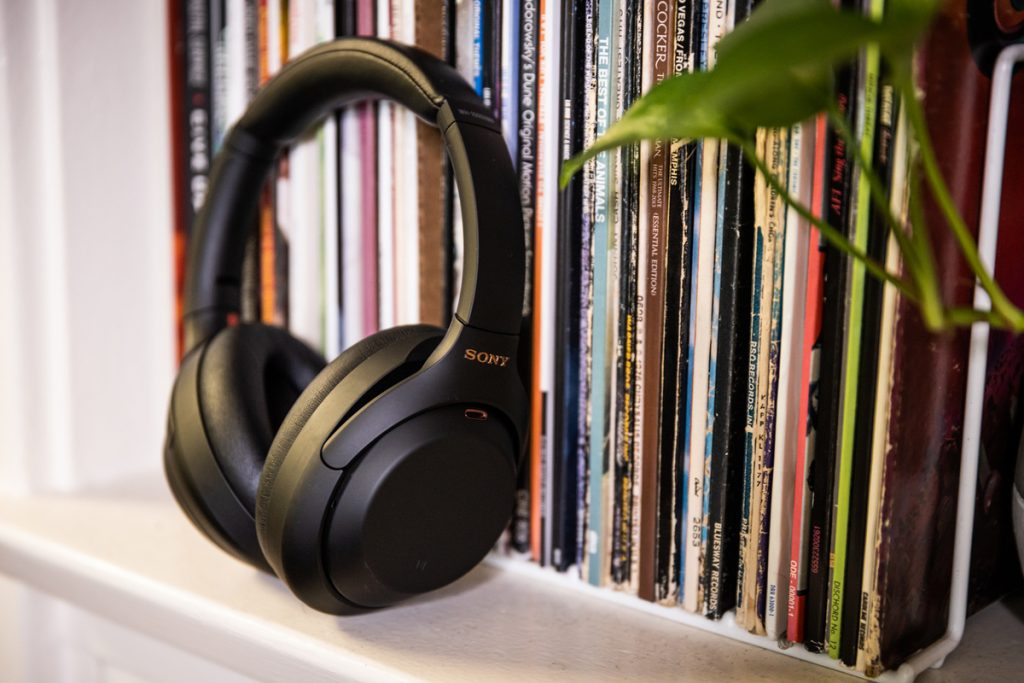 Two years ago, when when I reviewed Sony’s WH-1000XM3 active noise-cancelling headphones, I said that Sony had finally eclipsed Bose in this category. And I wasn’t the only one to say it. Now, the company is back with the all-new WH-1000XM4. While these new cans don’t advance the ball by a lot, they nonetheless are my new top recommendation for music lovers looking for great-sounding headphones that also deliver terrific noise cancellation.

Key improvements include a proximity sensor that automatically toggles play/pause when you put the headphones on and take them off, support for Sony’s LDAC high-res audio codec (a common feature on high-end digital audio players), and multipoint connection via Bluetooth 5.0 (so you can connect to two sources at once). Sony made other very small improvements to the hardware and software, too; but for the most part, those are just tweaks to a winning foundation.

This review is part of TechHive’s coverage of the best headphones, where you’ll find reviews of competing products, plus a buyer’s guide to the features you should consider when shopping for this type of product.

Let’s dive into the specifics that make Sony’s WH-1000XM4 so great, and why the older WH-1000XM3—which are still available and can be found for about $100 less if you shop around—remain a great value.

The Sony WH-1000XM4 maintains the signature look this line is known for, with subtle gold accents and minimal buttons. Most of the controls are still handled by taps and swipes on the right ear cup. I’ve grown accustomed to this but it’s never been my favorite means of navigation. The easy-to-find Power button sits on the bottom of the left ear cup, along with a Custom button that can be programmed to either select Ambient Sound Control options or activate voice assistants. It’s a minimal and classy design that still holds up years later, but the touch controls still present a learning curve.

The slim headband introduced in the previous model is very comfortable along the top of the head. Sony claims the newer model features slightly upgraded ear pads, which should help during long listening sessions, but I could barely tell a difference. The new set is more comfortable compared to the old model, but that could also be attributed to the wear I’ve placed on the older pair. I’ve worn the WH-1000XM3 on plenty of long flights and encountered some pressure fatigue after many hours, so any upgrade in that area is welcome. Overall, it’s a comfortable design that sits snug on my head and melts away while I’m working. The swiveling cups and folding design are also retained, so the new model is easy to stuff in a backpack. I’m happy they didn’t mess with a winning formula.

For more protection in transit, the included carrying case got a slight upgrade, too, with improved stitching and a stiffer shell that should last even longer. Other tiny upgrades to the case include cloth pockets for the zipper to recede into, and extra flap length on the divider. Apart from the stiffer case, none of these changes make a huge difference, but I appreciate the attention to detail Sony paid to things as minor as the carrying case. As before, provided accessories include a 3.5mm cable, a very short USB-C charging cable, and an airline adapter.

Sony claims the same 30 hours of battery life with noise cancelling enabled, and with my heavy mixed usage over the course of my review, I found the battery to last almost as long as the previous pair. Here again, Sony promises its optional power adapter will deliver the same quick-charge feature that provides five hours of listening time after just 10 minutes of charging, but Sony didn’t send that component, so I wasn’t able to test that claim. The stock USB-C cable charged the cans within a couple hours.

My favorite new feature on the WH-1000XM4 is a proximity sensor that detects when you take the cans off, so as to automatically pause playback. The music resumes instantly when you put them back over your ears. This worked like a charm. I tried to trick the sensor by placing the headphones on my thigh, tightly around my neck, and even wore them like a crown and I never triggered a false positive. When I returned the headphones to my ears, the music quickly resumed with no problem. This feature alone would make me consider upgrading from the previous version, and not just because it should extend battery life.

As I’ve already mentioned, Sony holds the active noise-cancellation crown with its WH-1000XM3. The WH-1000XM4 feature the same HD Noise Cancelling Processor QN1 as the previous generation, but with a new algorithm.This chip processes ambient noise samples captured by a pair of sensors on each ear cup at a rate of 700 times each second. Be that as it may, my ears could barely discern any difference between the noise-cancellation performance of the WH-1000XM4 compared to its predecessor.

Any noise-cancellation strategy starts passively, with large ear cups that form a tight but comfortable seal around your ears to blunt the sharp edges of loud sounds and quiet the high-pitch hum of appliances. This is an underappreciated aspect of the experience, and it’s where cheaper headphones typically falter.

Active noise cancellation filters out low and mid-range frequency noise to a great degree, but filtering low-frequency noise is where active noise-cancelling headphones really shine—even if it can be disorienting for folks experiencing it for the first time. Transient (high-amplitude, short-duration) sounds can still penetrate this system, and these headphones do their best to clamp down on the signal, but it can be jarring if the transient is very loud.

I am at least as pleased with the WH-1000XM4’s active noise cancellation as I was with the previous generation. My daily life has been very different than what it was at the beginning of the year. I work out of my home instead of going to the office, and I travel infrequently, but I still appreciate how these headphones allow me to focus when I need to get work done.

My testing included things like spinning up the fans on my gaming PC, hanging outside in a park, and using a fantastic white noise machine to name a few. The previous model served me well during many hours of air travel and on public transit, and I have no reason to believe that the new model won’t deliver the same results.

I appreciate the Ambient Sound Control feature in Sony’s companion app that lets you tailor noise cancellation to your situation. These headphones sense where you’re wearing them and what you’re doing, and they tailor their noise cancellation accordingly. If you’re at home and relatively stationary, you’ll get full cancellation so you can concentrate on your music. If you’re walking, the headphones will pipe in some ambient sound to improve your situational awareness (so you don’t get run over by a bus, for example). It’s a great system and the app lets you fine-tune these settings to your heart’s content; nonetheless, I quickly discovered that I preferred manually triggering my ANC settings using the Custom button.

Sony also provides ways to quickly override noise cancellation, pause or lower the volume of your music, and pipe in ambient sound if you need to stop and speak to someone without removing the headphones. This is also useful when you’re at an airport and need to listen for a boarding call. This Quick Attention mode was present in the previous model and is activated when you place your hand over the right ear cup. I didn’t use this feature much, preferring instead to take the headphones off. Unfortunately, Quick Attention mode cannot be defeated, and there were a few times when I accidentally triggered it while adjusting the fit.

A new automatic override feature—Speak-to-Chat—can be enabled/disabled in the app. When enabled, it recognizes when you begin to speak and pauses the music while pumping in ambient sound, so you can hold a conversation without any other intervention. In theory, it provides a better way to chat with someone than holding your hand over the earcup, but I found that it was prone to being triggered by a cough or someone else speaking while close to me. It will stay in this mode for 30 seconds by default, but you can tweak its sensitivity and duration in the app. I just never found myself in a situation where I preferred Speak-to-Chat to just taking the damn headphones off.

Click here to read the about the rest of Adam’s experience.