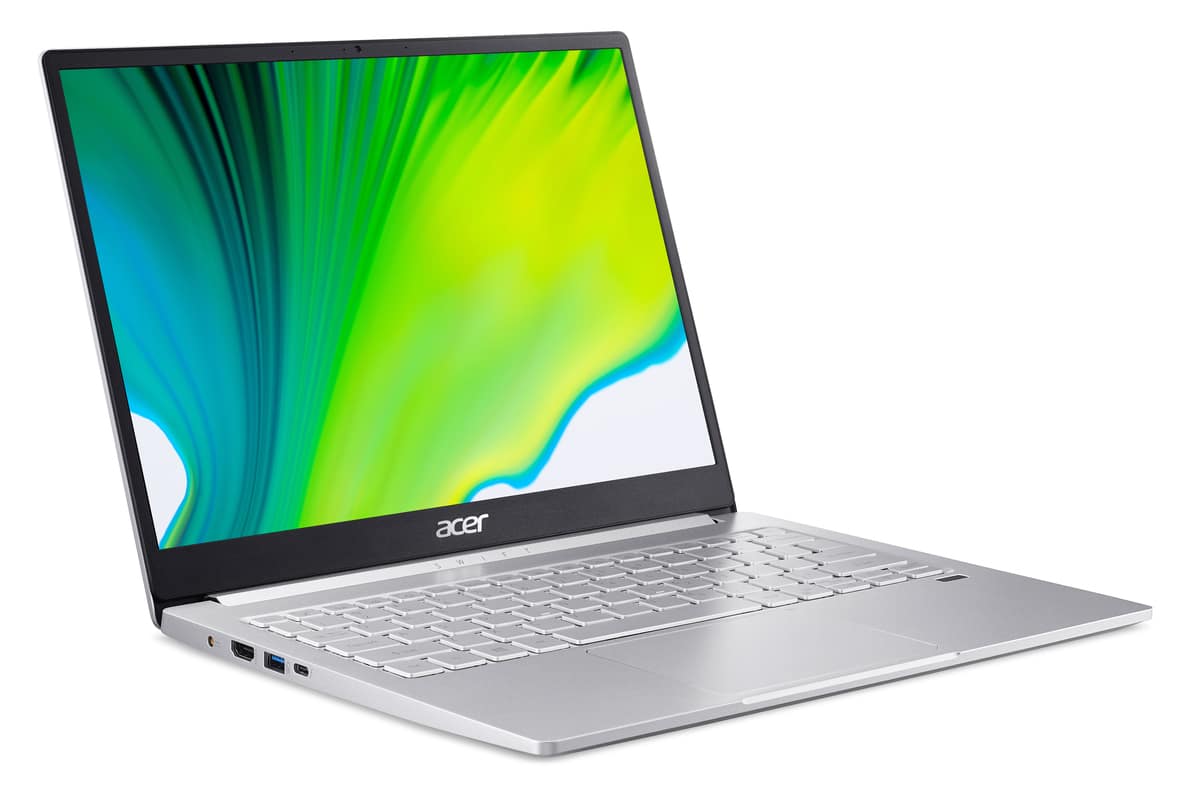 If you thought Intel’s shiniest and newest CPUs would be exclusive to high-end laptops, you were wrong. Acer’s perennial nicely built, but lower-cost Swift 3 and Swift 5 laptops just got updated with Intel’s 11th-gen Tiger Lake CPUs with Xe graphics.

Acer’s Swift 3, a 14-inch laptop that’s rated for up to 16 hours of battery life, starts at a friendly $700. Interestingly, the lower-cost SF314-59 version gives you a 14-inch panel, while the $800 SF313-53 offers a slightly smaller 13.5-inch screen whose “high brightness” accounts for the price hike. (Lower-cost laptops tend to have dimmer screens.)

The Acer Swift 5 moves the price tag up to $1,000, but that nets you a GeForce MX350 discrete GPU. At least, that’s what Acer said in June when it unwrapped the laptop officially. Since June, Nvidia has unveiled its Turing-based GeForce MX450, which should hopefully offer significant improvements over the older GeForce MX350 CPU, such as PCIe 4.0 and perhaps actual video encode acceleration. We don’t know that for sure, though, as Nvidia hasn’t released any details of the MX450.

The Swift 5 itself is touted as the first Intel Evo platform to be certified. Evo is Intel’s new branding for its Project Athena initiative, a yearslong collaboration with PC vendors and component manufacturers to build thinner, lighter, faster laptops. While Project Athena maintained a low public profile, however, Evo laptops will get a sticker on the body if they meet Intel’s criteria. So yes, Project Athena isn’t new, but the Swift 5 gets to claim it’s the first with the Evo identifier. Acer said the Swift 3 also in line to get Evo certification.