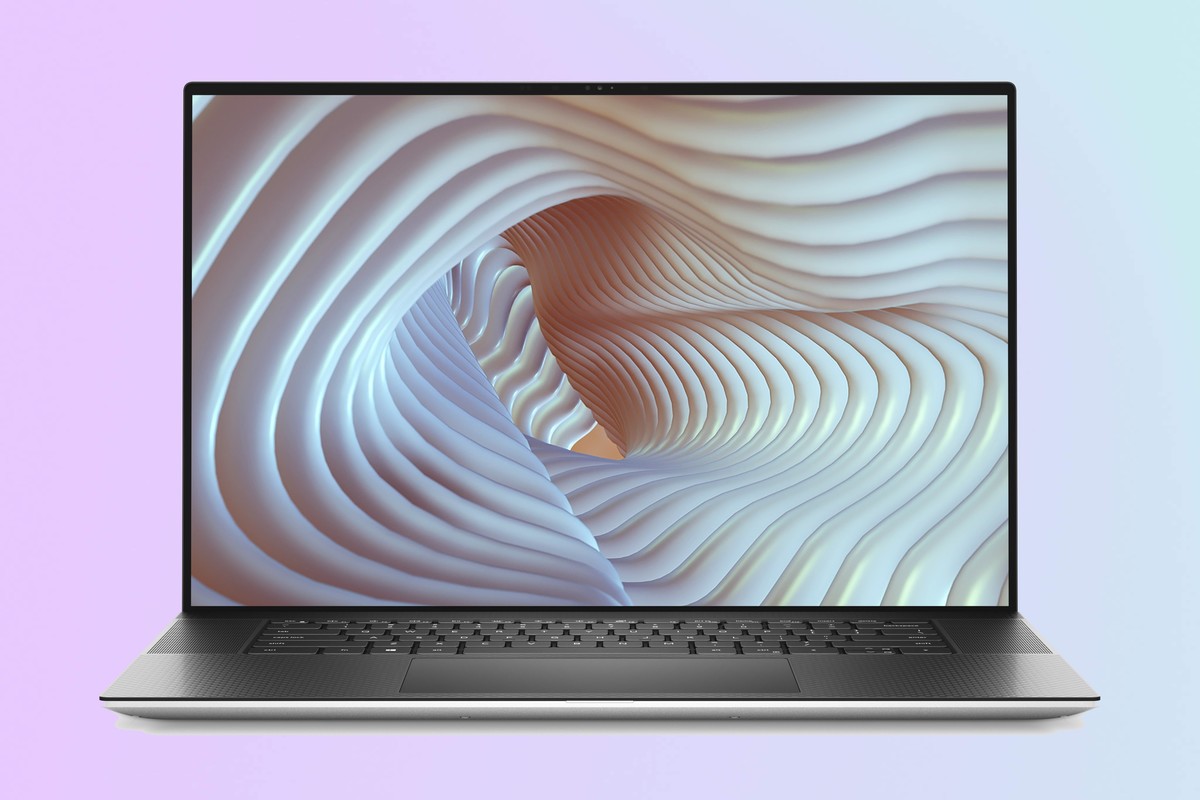 The new Dell XPS 17 is drop-dead gorgeous, thin, relatively fast, and has what looks like a potentially show-stopping charging problem.

How serious is it? We’ll just say that based on our review unit, it’s enough to recommend that you put a pause on a potential purchase until the problem is addressed by Dell.

The charging issue first came to light on July 10, when respected technology site Notebookcheck.com reported that its XPS 17 9700 review unit discharged the battery under heavy loads even when plugged into the wall.

This probably isn’t a surprise to anyone who pays attention to the unsung hero of laptops: the power brick. When we saw that Dell had chosen a 130-watt USB-C charger for the XPS 17, we even expressed our concern in a video posted on YouTube in May.

If you don’t have time to watch the video, you should know that the vast majority of laptops we’ve seen with six- and eight-core CPUs plus GeForce RTX 2060 GPUs feature 180-Watt power bricks using conventional “barrel” plugs.

Why use a less powerful lighter power brick?

Why use “only” a 130 watt power brick? The answer is less weight and slightly less bulk. That may seem trivial to many, but the XPS 17’s 130-watt brick weighs just shy of a pound (0.9 pounds, to be precise). A typical 180-watt brick weighs about 1.3 pounds, about 30 percent heavier.

Power consumption on a laptop isn’t constant, either. Doing light tasks you might use 40 watts, while a video encode might use 100 watts.

Dell’s math is that most people are not going to push a laptop to 11 all day long. Instead, they might push it to 11 for a half-hour or maybe an hour. For those times when a laptop is actually drawing more than the 130-watt power brick can deliver, Dell uses a “hybrid” system, where it will tap the reserve power from the battery for the hour or so it’s needed, then recharge the battery once the heavy load is done. The end result is a lighter overall weight on the road.

Dell isn’t the first to do this. Microsoft’s Surface Book 2 did it, as have others who used smaller power bricks to enhance portability. For every person who argues a 17-inch laptop like this should be designed to run at 100 percent all day, every day, there’s a person who argues they’d rather have less weight in their bag.

Here’s where it gets tricky

If you accept the truth that all laptops are a balance of cooling, performance, acoustics, weight and cost, you might say no big deal. We might even agree, except the problem with the XPS 17 9700 appears to run deeper than a “hybrid” under-sized power brick design choice.

As Notebookcheck.com found in its testing, and we’ve duplicated in our own review unit from Dell, the XPS 17 9700 doesn’t seem to be able to reach 130 watts from the already under-sized power brick.

One thing we want to note is that while Notebookcheck.com’s unit and our unit seem to do the same thing, other reviewers apparently haven’t stumbled upon this issue. Some users on Reddit have reported the same experience, but it’s possible the problem is limited to our unit, Notebookcheck’s, and those of some unlucky folks on Reddit. We can’t say it’s a blanket issue with all Dell XPS 17 9700 units.

We can say we reproduced it, though.

We first trigger Maxon’s Cinebench R20. This particular test is pure CPU and does not touch the GPU. The XPS 15 9500 spikes up to about 130 watts and then tiers down as the work progresses.

We then started the CPU-intensive game, PUBG, setting the in-game resolution to 1920×1080 and Medium quality. With the CPU and the GPU working, the laptop is pulling 130 watts at the wall.

We then powered down the XPS 15 9500 and plugged the same power brick into the XPS 17 9700. If you look at the chart, the red line again represents wattage consumed at the wall by the laptop. Running Cinebench R20, the XPS 17 draws about 105 watts at the wall. We then started PUBG set to 1920×1080 and Medium quality, and again, we see the laptop will draw no more than 105 units at the wall. In neither of those runs did we see observable battery discharge.

We then started Quake II RTX and ran the in-game benchmark. Again, we see roughly 105 watts maximum draw from the laptop. With both games, we didn’t see discharge during the short time we ran them.

We next ran LuxMark 3.0, an OpenCL benchmark that can be run simultaneously on the discrete GPU and the integrated Intel graphics. With this intense workload, we actually did begin to observe a discharge of about 7 watts from the battery during the run.

The last test we ran was a HandBrake 1.3.1 HEVC encode using the CPU cores, not the discrete graphics or Intel QuickSync hardware. While no power discharge was observed, we again see the laptop will draw no more than 105 watts from the 130-watt power brick.

Of all of the tests we ran, we observed discharge rates only during the LuxMark 3.0 benchmark. That shouldn’t make you breathe a sign of relief, though, because it’s actually quite easy to induce power discharges from the laptop under what we believe are reasonable loads.

To test that we restarted PUBG and let it sit in a few training matches. Using Passmark’s BatteryMon, we then logged the discharge rate of the battery with the game set to 1920×1080, Ultra quality. The screen brightness (which consumes several watts of power) was set to its high setting and, of course, Wi-Fi is on, which also consumes power. BatteryMon reported the battery discharging at about 7.2 watts. The laptop’s performance was set to Optimized for this run, which should technically use a little less power than its Ultra Performance setting.

This obviously begs the question of just how much the XPS 17 9700 will discharge. To find out, we let PUBG run through four training sessions and then let it sit in at the main lobby, which is a 3D scene. Even if it’s not heavy gaming, it’s still enough to keep the GPU running at its rated draw of 65 watts.

At just under five hours, we checked the laptop: The battery had dropped to 23 percent. You can see this in the chart below using data from Passmark’s BatteryMon. The power drain, if BatteryMon is correct, actually increased as time dragged on, and we saw nearly 15-watt discharge rates from the battery. At 23-percent capacity, the battery drain stops—but the frame rates also drop. We haven’t verified this, but we suspect this is the point where the XPS 17 9700 sheds performance rather than eat into its battery reserve.

Why this is happening

PCWorld contacted Dell with our findings. Officials said they are looking into why our unit is not charging at more than 105 watts, but there’s no official comment yet.

We do have a pretty good idea of what’s up, though. As the mantra of the XPS 17 9700 is sleek beauty, you really can’t say that with a serious face while using the conventional and ugly-as-hell round barrel charger we’re used to using with fatter gaming laptops. Hardware reviewers wrinkle their noses at such things, and most people think they’re a relic.

For the XPS 17 9700, and the XPS 15 9500, Dell adopts the modern-day USB-C plug. The problem with USB-C and the USB Power Delivery spec, though, is that it’s currently limited to a maximum of 100 watts. That’s just not enough, so Dell does a bit of a “cheat” at the limited power spec by building intelligence into the laptop’s charging circuit and the power brick to let it do a special Dell handshake. If the handshake happens, the power brick breaks spec and supplies up to 130 watts of power. Plug that Dell 130 power brick into a MacBook Pro 16 or HP Spectre x360, though, where they don’t know the special handshake, and the power brick will supply only up to standard USB-PD specifications.

We think that somehow, our XPS 17 9700 unit and apparently at least a few others never learned the proper Dell handshake. Therefore, the 130-watt power brick will supply only 100 watts, as if it were an Apple or HP product.

This lower output doesn’t reflect well on the Dell XPS 17 9700’s hybrid design. We suspect that if the brick supplied 130 watts, as was intended, the discharge rates running intensive tasks would be much harder to reproduce. The XPS 17 9700, as-is, is running with 20 percent less power than intended, so even short and simple benchmarks can induce discharging.

Can this be fixed?

The $9,700 question is whether this can easily be fixed. Again, Dell officials are still investigating the power negotiation issue we suspect to be at the heart of this, but the company has made no statements yet.

We believe it’s something that could be corrected by a firmware update to an embedded controller in the laptop. If this ends on a good note, Dell will issue a firmware or UEFI update, we’ll all patch it, and then we can go back to debating the merits of “less weight vs. more wattage” in power bricks.

If this ends badly, however, it could very well mean new power adapters or even possibly sending laptops back for a fix.

To us, it’s clearly not.