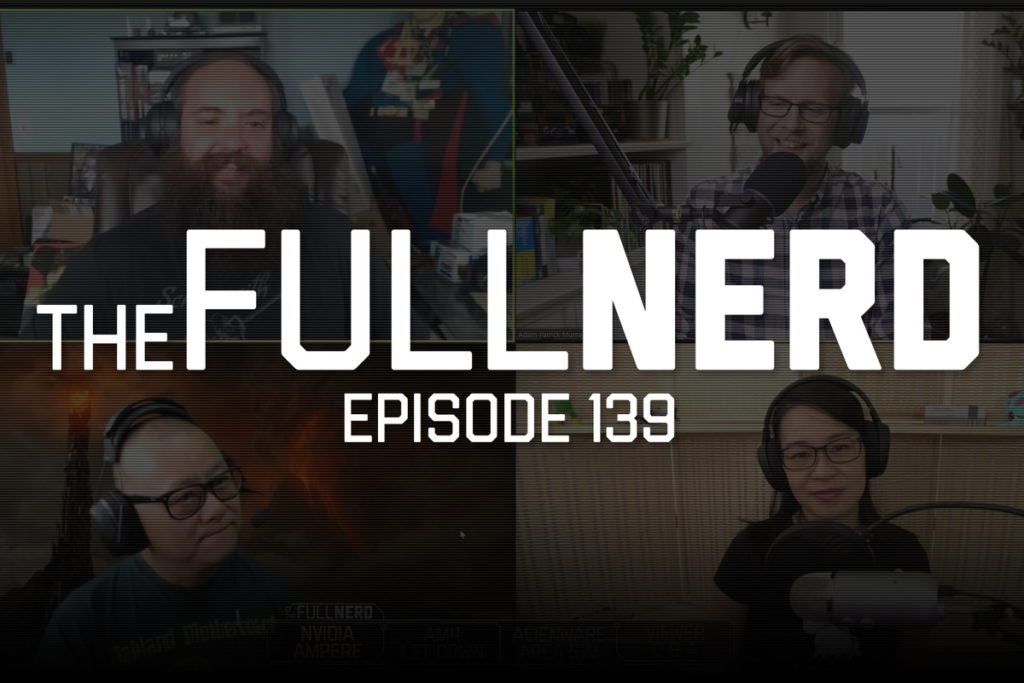 Brad kicks things off by explaining what PC gamers need to know about Nvidia’s next-gen Ampere GPU architecture, revealed in data center form during a digital GTC 2020 keynote. Spoiler: This thing could be a beast. After that we wade into sadder waters. We have thoughts about AMD cutting off backwards compatibility for its AM4 motherboards going forward, tossing out the spirit of past promises. Likewise, the release of the second Alienware Area 51m, but without swappable GPU and CPU modules, means the dream of upgradable laptops is dead. RIP.

And as always, we fielded questions from you, our viewers, listeners, and Discord members.

You can witness it all in the video embedded above. You can also watch The Full Nerd episode 139 on YouTube (subscribe to the channel while you’re there!) or listen to it on Soundcloud if you prefer the audio alone.

Speaking of audio, you can subscribe to The Full Nerd in iTunes (please leave a review if you enjoy the show). We’re also on Stitcher, Google Play, Spotify, or you can point your favorite podcast-savvy RSS reader to: http://feeds.soundcloud.com/users/soundcloud:users:226190044/sounds.rss

Have a PC- or gaming-related question? Email thefullnerd@pcworld.com and we’ll try to answer it in the next episode. You can also join the PC-related discussions and ask us questions on The Full Nerd’s Discord server. Finally, be sure to follow PCWorld on Facebook, YouTube, and Twitch to watch future episodes live and pick our brains in real time!