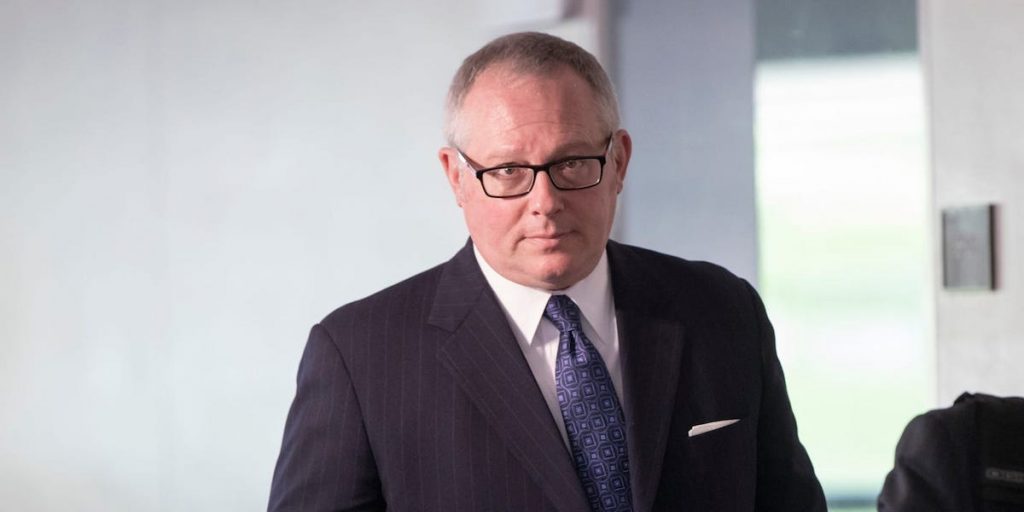 A top communications official at the Department of Health and Human Services, pushed a bizarre conspiracy theory warning of a left-wing revolt if President Donald Trump is re-elected.

Michael Caputo, assistant secretary for public affairs at the HHS, made the remarks in a 26-minute Facebook Live chat over the weekend, The New York Times first reported on Monday.

Caputo said without evidence that he believes Democratic presidential nominee Joe Biden would refuse to concede if Trump is re-elected, which he predicts would spark violence.

“And when Donald Trump refuses to stand down at the inauguration, the shooting will begin,” he said, without evidence, The Times reported. “The drills that you’ve seen are nothing.”

Caputo also accused federal scientists at the Centers for Disease Control and Prevention of “sedition” against Trump, claiming that the CDC has a “resistance unit” aimed against Trump, according to The Times report.

The Washington Post reported that Caputo said the scientists have given up on science and became “political animals.”

They “haven’t gotten out of their sweatpants except for meetings at coffee shops” to plot “how they’re going to attack Donald Trump next,” he said in the video, according to The Post. “There are scientists who work for this government who do not want America to get well, not until after Joe Biden is president.”

Caputo, who has no known health care background, was appointed to the HHS position in April by the president, putting him in charge of the communications for a department overseeing the CDC, the Food and Drug Administration, and the National Institutes of Health. He was recently criticized after allegations that his team was interfering with weekly COVID-19 reports from career scientists in the CDC, first reported by Politico.

In the livestream video, he also alluded to his mental health, saying it had “definitely failed.”

“I don’t like being alone in Washington,” Mr. Caputo said, according to The Times. Also saying, “You are not waking up every morning and talking about dead Americans.” At least 194,000 Americans have died from the COVID-19 pandemic.

In a statement to The Times, the HHS described Caputo as a “critical, integral part of the president’s coronavirus response, leading on public messaging as Americans need public health information to defeat the COVID-19 pandemic.”

“Secretary Azar has a basic responsibility to ensure our public health experts are able to do their jobs, our COVID-19 response is not undermined by misinformation or conspiracy theories, and the data used to inform our efforts is free of political interference,” Murray said in a statement to The Post.