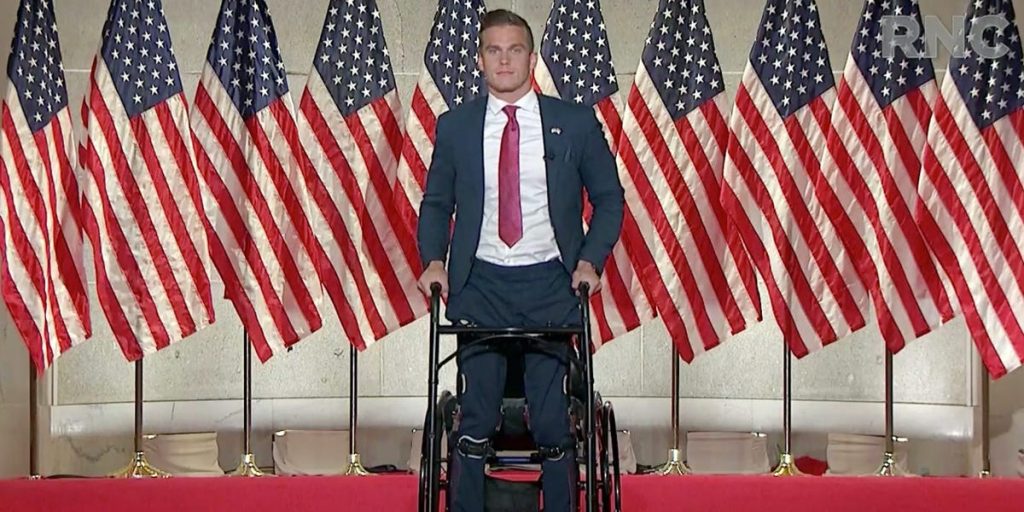 Madison Cawthorn brought some youthful energy into the Republican National Convention on Wednesday night, with his speech culminating in him standing up from his wheelchair for the Pledge of Allegiance.

At 25, Cawthorn could become the youngest ever member of Congress if he wins his North Carolina race against Democrat Moe Davis.

The seat, which was vacated by White House Chief of Staff Mark Meadows, has been reliably safe for Republicans, though recent polling shows it could be a close race this year.

Cawthorn was paralyzed from the waist down after a car accident when he was 18.

In recalling the tragedy, Cawthorn lamented what he described as over zealous political correctness and a lack of patriotism among the Democrats, and stood from his chair to say the Pledge of Allegiance.

“You can kneel before God but stand for our flag,” Cawthorn said.