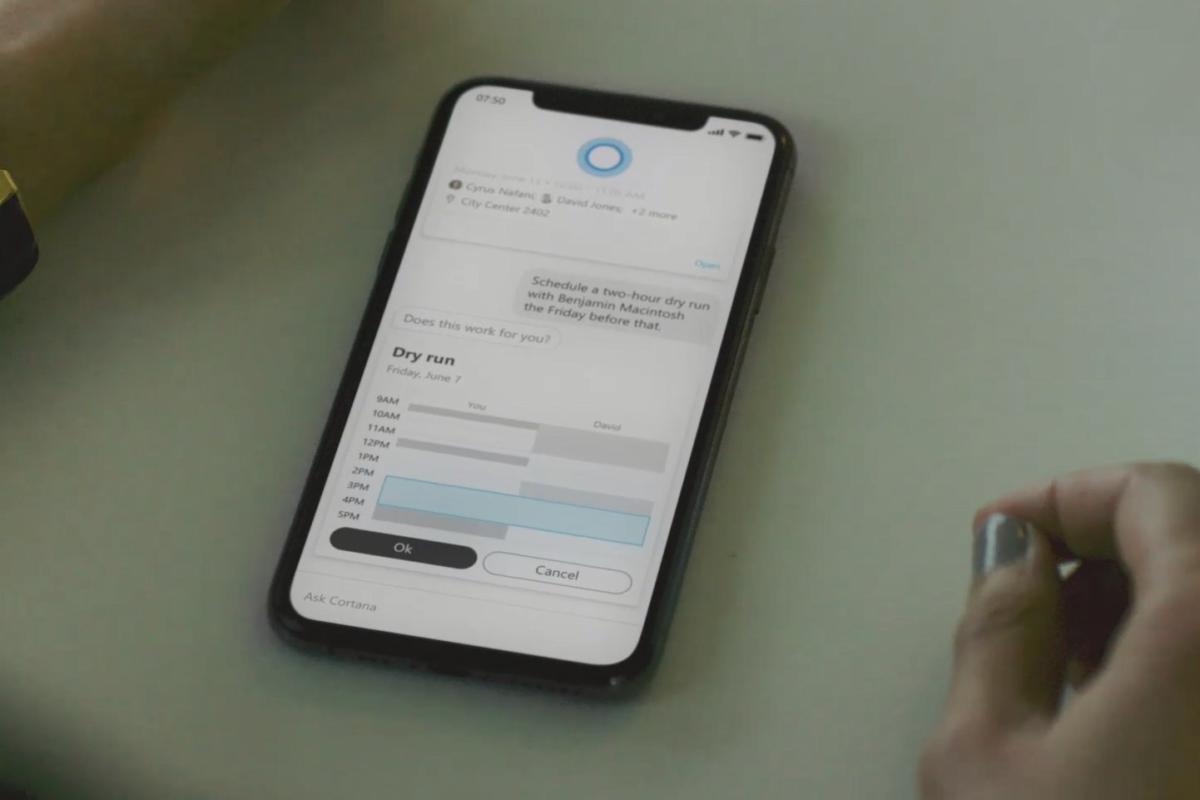 Why Cortana won’t be at Microsoft Build

You’re not going to hear anything about Cortana this week at Microsoft’s Build conference.

Confused? You’re not alone. Microsoft Cortana has moved from becoming the flagship feature at the Windows 10 launch to something of a has-been. And yet the intelligence that powers her is something that’s become a priority for Microsoft, creating the impression that there’s Cortana, and then there’s AI, and the two are separate and distinct.

There’s a similar gap between the reason that Cortana is absent from Build, and separate underlying issues with Cortana itself. Put simply, it’s a bit of a mess.

Why Cortana isn’t at Build

During the development of the Windows 10 May 2020 Update, Microsoft made the tricky decision to separate Cortana from the Windows shell and turn the assistant into an app. In our review, we noted how that essentially forced Cortana backwards, eliminating some of her ability to do math (which has returned) and robbing her of the conversational aspects, such as the “Hey Cortana” wake word. And then the pandemic hit.

Andrew Shuman, Microsoft’s corporate vice president in charge of Cortana, told PCWorld that Cortana is absent from Build primarily because the Windows 10 May 2020 release itself was in flux until recently. But the forced shutdown also cut off access to hardware testing facilities like Building 88, where Microsoft spent a reported $1.5 million to build the anechoic chamber known as the “quietest room in the world.” China, too, shut down, cutting off Microsoft’s manufacturing supply lines.

“It’s been a huge drain on our testing resources and our ability to test hardware with the new versions of Windows,” Shuman explained over a Teams call.

That means that Microsoft is focusing its efforts where it can: on developers, more than ever before, Shuman said. The “end user” stories where Cortana can show off future skills will come later, he said.

Okay, so that explains Cortana’s absence from Build. But Microsoft still has some explaining to do regarding the future of Cortana, and that’s far more murky.

Science fiction tells us that humans want to interact with artificial intelligence through some sort of personality, even one that’s as generic as the “Computer” in Star Trek. Early on, a real team of writers hand-crafted responses for Cortana. Yet right now the “Hey Cortana” wake word that summons Cortana has been disabled, and Microsoft’s digital assistant can only be invoked by a key press. Shuman admits that’s not ideal.

“The voice stuff is not at the level it needs to be,” Shuman said. “And it is off by default in the first releases. We know that the rollout of Windows takes a while, so we didn’t want to hold that up. But we do need to do a fast follow with the wake word detection.”

But when offered the chance to wow us with what Cortana could be, Shuman doesn’t bite. From Azure to Office through to Windows and down to Cortana, Microsoft’s corporate priorities lie with business intelligence, not as a conversational assistant that can tell you a joke or sing you a song. Shuman turns instead to features like Outlook’s Play My Email feature, which uses AI to read your email and prioritize which are more important.

“I think that the real usage and engagement of fans has to come down to a promise you can really deliver on,” Shuman said. “I mean, it’s why Alexa is great for setting a timer. And it’s great for playing music by genre, right? And it’s great for turning off all my lights. We need the moral equivalent of that in the office productivity space…

Shuman’s aspirations for Cortana don’t seem especially ambitious. On the other hand, Microsoft has been quite good about diving deep into niche applications and filling them. This is the other side of Cortana: the Microsoft intelligence that it’s working to embed in our daily work lives.

Again, go back to 2016, where just a few months after we learned about Cortana’s personalization efforts, former AI chief Harry Shum told PCWorld that Microsoft was going big on artificial intelligence across all areas of Microsoft. Javier Soltero, Cortana’s former boss, had the same goal. It’s this belief in pervasive AI that’s led to Play My Emails for Android and iOS, which uses AI to provide you a way to get caught up on your email, interacting with individual messages, all via voice.

Microsoft used to offer a voice-only interface, via the Harman/Kardon Invoke, which quietly tailed off, presumably from poor sales. “With the Invoke, all we saw with any reliability was playing music,” Shuman said. “And honestly, it was ‘play artist’ or ‘play genre’ because people can’t remember the right way to say a song title or an album name or any of these things.”

Play My Emails already has a bunch of feature requests that Shuman says he never anticipated, such as “read all emails from John,” or another user. Importance is another area Microsoft is considering. If you receive five emails from your boss, at least one of them is probably significant.

Likewise, Shuman considers Meeting Insights a success, another Outlook feature that provides what Microsoft’s AI thinks are relevant emails and documents to help inform your meeting.

Eventually, though, Shuman returns to the notion of a true business assistant. Taking advantage of initiatives like Project Cortex, say, Cortana should be able to dig out the resume of a job applicant from your email, but also understand it well enough to be able to tell you where she went to school. Microsoft is focused on supplementing its “hub apps:” 1 billion Windows 10 users, more than 100 million Outlook app users, the 75 million active daily users on Teams. Eventually, it sounds like Cortana could once again provide a daily briefing as it once did.

“It’s not a digital assistant asking anything you want,” Shuman said of Cortana. “No, it’s got your back. It’s gonna tell you what’s next. It’s going to help you find the things that you have trouble finding, or it’s going to deep link you into the experiences of Windows we love and use every day.”

Correction: Teams now has more than 75 million daily active users and there are more than 100 million users of the Outlook app, according to a Microsoft representative. The story now also clarifies a Shuman quote.