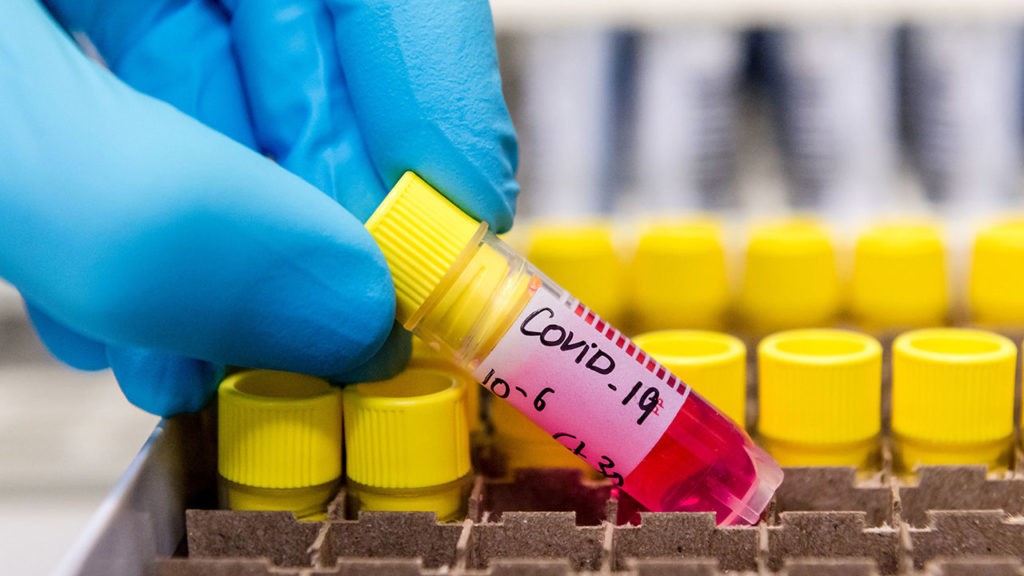 A $115 million collaboration to tackle the rapidly spreading viral disease COVID-19, led by heavy hitters of Boston science and funded by a Chinese property development company, kicked off today as the group’s leaders pledged to take on the virus on many fronts. The project brings together researchers at many of the city’s top academic institutions, along with local biotechnology companies such as Moderna. Those leading it hope they can quickly funnel money into studies that will build off a new repository of samples from infected people and community surveillance, materials that can be rapidly shared among scientists. The project, they anticipate, should answer critical questions about how COVID-19 is spreading and how best to prevent and treat infections.

“It was time to harness the whole breadth of knowledge that’s available” in the Boston region, says immunologist Bruce Walker, a leader in HIV/AIDS research; director of the Ragon Institute of MGH, MIT, and Harvard; and joint head of the collaboration. He leads the project with Arlene Sharpe, co-director of the Evergrande Center for Immunologic Diseases at Harvard Medical School and Brigham and Women’s Hospital. Walker and Sharpe were among more than 80 scientists and clinicians who met Monday at Harvard Medical School—in person or, in the case of collaborators in China, remotely—to hammer out the details of the effort, including how to prioritize funding needs.

Walker and four others, including Sharpe, announced the venture this afternoon in an opinion piece in The Boston Globe. Other prominent researchers in the collaboration include George Daley, dean of Harvard Medical School; Harvard epidemiologist Marc Lipsitch; and immunologist Pardis Sabeti of the Broad Institute. The money comes from the China Evergrande Group, which has supported initiatives at Harvard, including opening the center Sharpe co-leads. The company is not garnering a return on its investment, Walker says.

As part of Monday’s meeting, the Boston team had a video conference with researchers in China led by Zhong Nanshan at the Guangzhou Institute of Respiratory Health. Zhong is helping coordinate China’s response to its massive COVID-19 outbreak and was a scientific leader during the 2002–03 severe acute respiratory syndrome outbreak. (Weeks of negotiation preceded the Chinese government allowing an international team organized by the World Health Organization to visit the country in mid-February, both to offer expertise and to learn from the country’s response to the epidemic.)

For Walker, the 7 February death of 34-year-old Li Wenliang, the Wuhan, China–based ophthalmologist who was punished for alerting colleagues to the outbreak in late December 2019, was especially alarming. “I thought, ‘I’ve never known a health care worker to die from influenza,’” Walker says. “This is not influenza.”

Goals of the new effort include improving diagnostic tests, better modeling to predict how the disease will spread, understanding the coronavirus’s basic biology and how it interacts with the human immune system, and developing new treatments. “There will be challenges in terms of competing priorities,” Walker acknowledges. Decisions about where to direct money will be made by a team of researchers.

The new money was welcomed by other researchers, especially because it came from a nonscientific source—reinforcing the global impact of COVID-19 and the need for varied sources to help combat it. “This is incredibly positive,” says Jeremy Farrar, director of biomedical research charity the Wellcome Trust. “We need the private sector to step up,” as the China Evergrande Group did.

“Coronavirus is not good for real estate,” any more than it’s good for any other part of society, says Sten Vermund, an epidemiologist and dean of the Yale School of Public Health.

The project has many priorities, including developing an animal model to test vaccines and treatments, creating an antibody test of infection to better gauge how deep into communities the virus has reached, and understanding exactly how transmission is happening.

Walker hopes other regions will establish similar collaborations in which researchers drop “institutional allegiances.” The local strategy, he believes, has potential: “We know each other,” he says. “We can’t begin to reorganize the whole world, but we can attempt to reorganize Boston.”

Finally, he argues that using philanthropic funds offers flexibility and speed that federal dollars cannot. Also today, Congress approved $8.3 billion in emergency coronavirus aid, a bill media reports say President Donald Trump is expected to sign. It’s not clear yet when the money will become available, especially to researchers who likely will have to write grant proposals and wait for them to be reviewed. Philanthropic funding allows scientists “to make their own decisions about what can be the most catalytic for entering into a new field,” Walker says. “We just can’t do that with federal funding.”